WhatsApp releases new updates for the iPhone, with the ability to have Siri to read out our last messages. The new WhatsApp update (v2.17.2) is now available via the App store for the iOS platform. The contemporary version of the WhatsApp is about the size of 89MB with four new feature updates.

However, in order to perform any function of the Siri, the Apple users should enable the option on WhatsApp. To enable the Siri for WhatsApp go to the settings> Siri>App support and toggle on WhatsApp.

Related to Siri updates, the WhatsApp already let us compose and send messages through the WhatsApp. But the new updates is the Siri can read out the latest message to us hand free, this feature can read the message only once and it help us while driving for instance. If we have any unread text, then only the Siri functionality work. If there are no unread messages left in the chat.

We should instruct the Siri to read the messages like “Hey Siri!, read my last WhatsApp message”. It will read out the message for us and will then prompt us to compose a message. We can choose to reply to the message by dictating it to Siri. This feature is tested by the beta testers and it seems to work as they promised. Note that it will work for the users who use iOS 10.3+.

There also some visual changes on the screens of contact Info, Call tab, and Group Info screens. On opening any one of the screens, we can notice that the display image enlarge as we scroll down, there will various option below the image have the colorful icons on the left hand side. There is also some dull interface which can add flavor to the options. 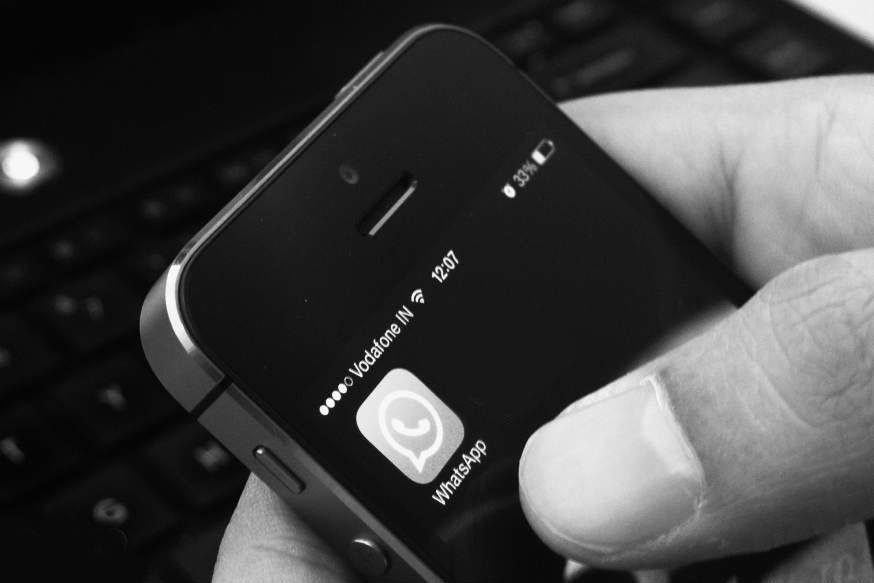 In the My Update section, allows us to select the multiple statuses on the screen which we can forward or delete. A redesigned two step verification interface make it easier to setup and the camera function remember the lens what we used last, front or back. It also added features to support the Persian language for the users of iOS platform.

Though WhatsApp introduces new updates, they keep on working for the new features. The live location sharing and change number are the two features WhatsApp decided to add in its platform. WABetaInfo, well known about the beta testing of the WhatsApp features tweet saying the number change feature now live for the Windows phones 2.17.130. On another hand the live sharing feature available for Android beta version 2.17.150. By default both the features were disabled.

The live location feature will let the users share their location with their contacts. This feature offers by the Google, allows the users to message the location to the friends. It also asks the user duration of that location starts from one minute to indefinitely. The live location sharing feature is only for the individual chat, not available for the group chat.

Now easy to change a phone number without data lose

WhatsApp change number feature allows the user to notify their contacts about the new number without losing or change in the WhatsApp chat data. This feature helps the user while changing a new phone. There may chance to loss data in the chat message changing the phone and also changing the new number is a troublesome process. We have to text our friends to add us on the group. Changing the new number become easier one after introduce this new feature. The users can notify their friends by selecting the option of notifying to all, no contacts at all or only the ones they chat with. This feature is quite a useful update. Recently, one option is to create the broadcast group to inform about the new number to the contacts. This process is time-consuming and tiresome.

To become a beta tester

If any users are interested to test or know about the WhatsApp advanced features they need to sign up to the company’s beta program. The users having Android version mobile then go to the Play Store to visit the WhatsApp. Now scroll down the page there is we will find an option to become a beta tester. For an iOS user, it is different the developer need to invite the beta tester. WhatsApp recently hosts a new feature like a new storage usage screen, GIF support, ability to share 30 media in one go, video calling and more. For the iOS users, they can queue the messages when there is no internet connection has been already rolled out. The Text Status format brought back to the messaging platform, which can now be used along the side of disappearing status features.

User can revoke a message soon

There is no official confirmation about the WhatsApp’s new feature of “unsend message”, about this feature being tested in a beta version of WhatsApp web which offers us a five minute window to revoke the message. It helps us to avoid the awkward moment of sent a wrong message in a group or private chat. If the five minutes up, then the message will stay there. In the beta version, WhatsApp made it for people to format the text by providing options live bold, italics and strikethrough. Hereafter, there is no need to put the asterisk, underscore or tildes to format the chats in the WhatsApp. This update is expected to roll out soon for all. In the current version to change the format of the text to bold, user should insert the between two asterisk, sandwich between underscore, to italics or to strike through the message use tildes. Instead of making users to learn and type those commands, the beta version of the app, display the options when a user type the text, tap and hold.

The messenger app makes people contact with their long distance friends and relatives. In the messaging app platform, WhatsApp holds its top position by introducing new features to the users. The users also enjoy the new update of its features. It encourages them to keep on using this app over the world. It reaches the milestone of 1.2 billion active users in a month. Being in top position it has many tough competitors in the messenger app platform. Its parent company of the Facebook introduces separate messenger in the past eight months two hundred million users raised along in India. Hence all the messenger company focuses on India for the messaging app platform. A Recent report from the European Register told that to stop sharing of the user’s information to its parent company, the Facebook. It helps the advertising company to target on the particular customer for their marketing. The information may include a phone number and chat messages of the WhatsApp user. The new features of WhatsApp may appreciate by the users. Because the WhatsApp team is concentrate only on the requirement of the users. As the result the new feature of Siri, which is reads out the latest message in the WhatsApp.