As soon as iOS Monterey was officially released, millions of impatient and excited iOS users rushed to get the new OS version they had been waiting for. The new appearance of many familiar apps, extended user privacy settings, additional compatibility features, and so much more – all these perks contributed to people’s desire to get the new iOS as soon as possible.

However, the experience of update pioneers revealed numerous dreadful Monterey bugs that they came across both updating their devices and using the iOS. Here we discuss the common update problems you could have encountered (or may encounter, if you’re only planning the update) and give shortcuts to managing them quickly.

Recommended: Some Mac Performance Issues You Can Expect to Encounter 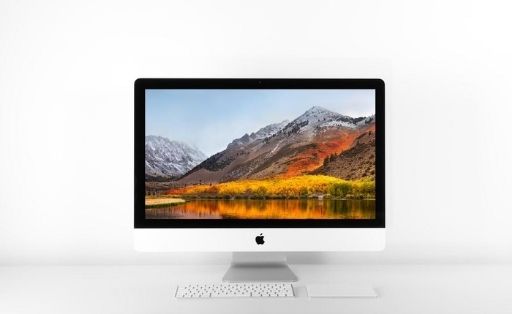 Monterey Can’t be Downloaded – What to Do?

If you see a message on your desktop about Mac’s inability to download Monterey, there can be several reasons for this problem.

Some users of old Mac models rushed to get the update without double-checking whether their model is compatible with the new iOS. Obviously, making updates accessible and well-functioning only on the latest Mac models may be considered foul play by many. Still, there is a degree of reasonability behind such a decision.

New iOS features and operations are planned for mightier, more innovative processors, which didn’t exist before 2013. Thus, if you want to enjoy iOS Monterey, double-check whether your Mac was released in 2013 or later. Models released before 2013 are incompatible with the new iOS because they cannot provide sufficient capacity for its non-problematic functioning.

Thus, if you are a happy owner of an old Mac and the system shows a message that Monterey cannot be downloaded, the problem is probably with your device’s age.

A frequent cause of your Mac’s inability to download the installation drives for macOS Monterey is the absence of sufficient free memory on the hard drive. Mac users often overlook this problem because they believe that new ones will automatically replace old iOS files incrementally.

However, iOS upgrades don’t work this way (unfortunately). Your Mac will first need to download the new iOS in full, install it, and then remove the old iOS files. Thus, to complete the process, you need to have twice as much free space as a regular iOS requires.

The download process has started, and you think that you’re almost there with the Monterey upgrade, but a dreadful interruption of the process occurs again and again. The issue persists, wasting your time and adding no clarity about the time when Monterey will finally be ready for installation. This problem may also arise from different causes.

If you’re using Wi-Fi to download the installation file, switching to a standard internet cable can help get the process finalized. The Wi-Fi connection is often unstable, and any connection disruption may cause an unpleasant interruption in the download.

If the problem persists even after you plugged the Ethernet cable into your Mac, then the issue may be on Apple’s side. It often happens that the company’s servers cannot guarantee the needed throughput during the first days or weeks after a new iOS release. Too many people try to download the update simultaneously, so only the luckiest and the most perseverant succeed. All you need to do in such a case is to be patient, wait for a couple of days, or try the upload at night, when other Apple users hungry for updates are sleeping.

Installation problems and bugs are also quite common during the Monterey update. Here, our first tip is to reboot your Mac in safe mode and try to relaunch the process.

As you can see, most issues are manageable and do not require professional assistance. Be patient, and you’ll be able to enjoy the renewed, good-looking, and incredibly functional iOS Monterey.