SnapChat is an immensely popular social media and messaging service. Its impact on teenagers and young kids is often the subject of debate as it deletes the messages within a few seconds after they are received. As a result, many kids may be encouraged to share inappropriate images and videos with the others as they would know they will be deleted. This can cause some parents to worry who have underage or young kids. This is the reason why spying the SnapChat activities becomes important.

The messages that we send and receive using SnapChat are more commonly called ‘Snaps.’ These messages are not only deleted from the phone but also removed from the company’s server. This is why it is not possible to retrieve them unless you have a spy app. We will talk more about such spy apps in this article. 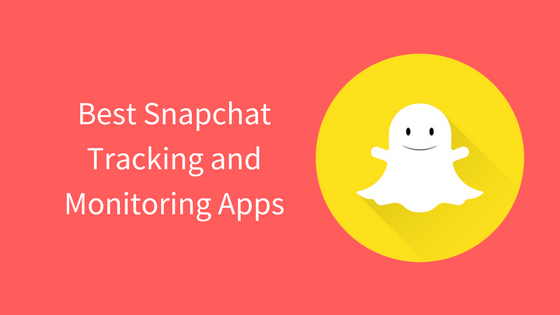 What is The Method to Track Snapchat?

The parents, especially those who have young, underage kids, often feel the need to know what their kids are doing with SnapChat. Even if they get hold of the phone they will not be able to view the messages they had shared on this app as they are deleted very quickly. Luckily, there are some spy apps that can help you track all the messages sent and received using this app. In fact, these apps can monitor all kinds of smartphone activities. These spy apps save all the messages and make them available to you through a central location. You don’t need the phone handy to view the messages. They can be accessed remotely.

However, please note that in order to install any spy app on the target device, you will need to get the physical hold of the device at least once. Once you have installed the app, there is nothing more you will need to do. The app will do the rest. It will also remain undetected. The spy apps we are going to talk about are available on Android as well as iOS platforms. But, there is one catch. You need to jail break the iOS to install such an app. With Android there is no such issue.

Whenever there is a talk about the spy apps, mSpy is probably the first name that comes to our mind. This app has been around for quite some time now and is very effective in tracking the SnapChat activities on Android and iOS devices. You need to install the app once on the target device. Once that’s done, you may access the messages from any computer you want.

If you are worried whether your kid is using SnapChat appropriately or not, FlexiSpy is the app you would like to give a try. All you have to do is install the app on the target device and monitor all the SnapChat activities from an external source.

SpyEra is also a pretty solid app to monitor all the smartphone activities. Just like the other two apps, SpyEra has to be installed on the target device first after getting hold of it physically. Once you have taken care of that, you will be able to watch over your kid’s SnapChat activities remotely.

WebWatcher is an app you can use to monitor multiple target devices at the same time. This app is easy to install and easy to use. It will save all the SnapChat messages on the target device at a central location. You can access the messages using your login credentials.

There are some snapchat alternatives which you can use to share your stories.