Good brand naming often goes unnoticed as it’s usually easier to pick up on when branding goes wrong than when it goes right. However, some companies get it so right that it becomes impossible not to notice their ingenuity. This is occasionally down to sheer good luck but more often than not, it’s thanks to the work of a brand naming company that branding is recognized by the media, and consumers, for all the right reasons.

Recommended: 7 Simple Steps To Do Your Business Brand Building 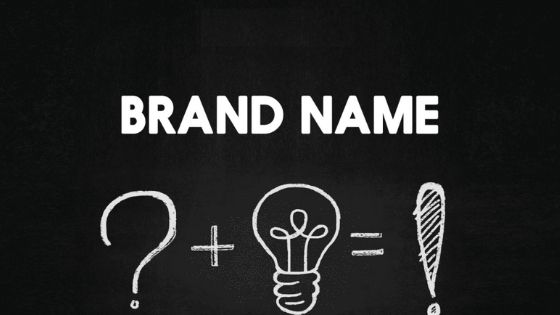 Elon Musk is a technology entrepreneur and investor who is the CEO of Tesla, Inc. and co-founder of Neuralink. Musk founded The Boring Company, which is a tunnel construction and infrastructure company, in 2016. Musk identified that traffic was at an all-time high in Los Angeles and their 2D transportation network needed improving. Due to this, he wanted to dig underground and create a travel system running under the entire city. Therefore, the name “The Boring Company” is a clever use of a double entendre, as the term “boring” juxtaposes both Musk’s humorous personality and the company’s innovative concept.

The brand name is self-deprecating and is a genius marketing method as you should never provide negative connotations of your brand. Yet, because Musk is an infamously humorous character, the brand name becomes memorable to audiences – in particular, Musk’s fanbase. However, this concept would not have worked for a brand that revolves around health care, for example. You should always be aware of your audience and context when using humour.

Brandless is an American eCommerce brand that manufactures and sells a range of products under its very own Brandless label. Founded in 2012 by Ido Leffler and Tina Sharkley, the company’s mission statement was to “strip everything back to create a physical product company, with an interface driven by simplicity and transparency and just-what-matters philosophy”. Essentially, they wanted to sell high quality, unbranded products at affordable prices.

The name “Brandless” therefore works for several reasons. One is the fact that it does what it says on the tin. However, the word “brandless” also led people to inquire further into the brand as it posed questions to audiences. How can a brand sell unbranded products? Will the fact that they are unbranded mean the products are cheaper? Luckily for audiences, the answer was yes.

In a world in which big brands sell expensive items, this company’s philosophy is a polar opposite to the generic ways of consumerism. Challenging the generic conventions of most brands, “Brandless” stands out from the crowd. The irony here, however, was that they paid a lot of money to a brand naming agency to create the name.

Ollie is an online dog food retailer that cooks ready meals for your pet and delivers them fresh to your door. A brand created to make the lives of pet-lovers easier, the name had to be warm, welcoming and relatable. Therefore, the use of a simple name, that not only reads well but is also aesthetically pleasing, (the letters work well in the logo) has been a success. The name was created in a time in which many companies were using first names to humanize their image, such as Harry’s, Oscar, Siri, Alexa, Casper etc. However, Ollie used this concept really well and following this trend didn’t mean that they blended in, but instead used it as a foundation for them to prosper from. The name is common enough to be familiar among audiences while being uncommon enough for Ollie to own it.

As you can see from the above examples, a quality brand name could be the difference between your brand being unsuccessful or prospering onto bigger and better things. Your brand name should always be your priority, and then the rest will follow.