Energy efficiency generally refers to the efficient use of energy sources with an aim to reduce their regular consumption. This is done easily by adopting different technologies and processes that will help to curb the energy loss. Reducing the use of energy generally comes with many different benefits. Among them are reduced energy costs as well as financial savings. This serves as the solution to the omnipresent problem of reducing greenhouse gas emissions.

There is no secret that energy consumption will be set to increase greatly in the coming years. Energy experts like Douglas Healy believe that only sustainable energy models will sustain in the future. So he thinks that a company which invests/works on such energy systems will likely to be dominant in the coming days. People will use more of this to enjoy better living standards. It is putting high pressure on the energy industry as well as has necessitated energy innovation. 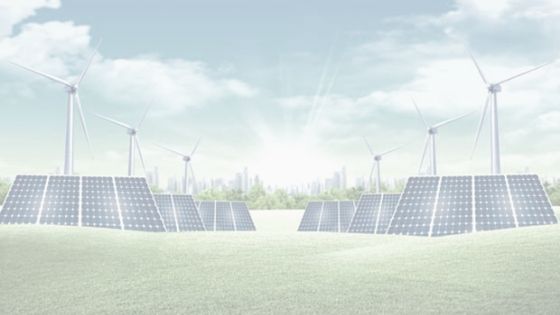 What Is Energy Innovation?

Energy is in a heart of the modern lifestyle and required everywhere. No matter whether it’s using solar panels or photocell switches, each and every effort counts for the use of efficient energy. With the growing demand worldwide, developing or deploying technologies, which allow energy efficiency as well as low (or no) carbon emissions is a need of an hour.

The energy innovation in certain areas like smart grids, energy storage, or electricity technologies can affect all the industrial segments. The energy storage can make accessing as well as using solar and wind power feasible. Smart grids can help to regulate the flow of electricity. The developments in power generation can improve efficiency to maximize the use of renewable energy sources. Given below are some technologies that we are looking ahead with an attempt to save energy as well as meet ever-growing demand.

Rio de Janeiro in Brazil, football is a king. However, with no money to pay out for the floodlights, this game results in an end for kids staying in the favelas after dark. But, a British engineer named Laurence -Cook saw the issue and devised the proper solution that converted players’ footsteps in electricity. As kids ran up & down its pitch, kinetic energy got absorbed in 200 tiles and making up the surface, stored in the batteries as well as used to illuminate this field.

This was a pilot project of the company Kemball-Cook–producers of kinetic tiles. From then Pavegen completed more than 150 projects all over the world, including shopping centers, train stations, airports or other public areas–and harvesting energy from the runners of the Paris Marathon.

To harvest wind energy is not the new thing – and wind turbines are around from the 19th Century, whether you believe this or not. However, wind farms aren’t just the expensive investment, but they are an eyesore –and resulting in the huge and most successful, opposition from the public. Still, turbines are not the only way of tapping in the wind.

Over the past few years, Kitenergy today has developed the alternative, which is much cheaper, a little beautiful and better in the job. As the name will suggest, Kitenergy generally involves the kite linked to ground by 2 ropes. Making use of the rotating mechanisms or generators on the ground, electricity will be produced by converting traction forces that are acting on wing ropes in electrical power.

With heights of 800 to 1,000m, kites can be exposed to the high-altitude winds, which are very constant and stronger than at the turbine level. The obvious pro of the kite per kilometer in sky is you may barely see this.

Whereas they might not have garnered mainstream attention till now, but static compensators are the technology you must watch out as grids try to integrate the growing amounts of renewable energy, as per UK energy analysis. Their main job is mimicking the action of the rotating masses generally supplied by the thermal turbines, and helping to maintain the constant frequency over this electricity network. The renewable-heavy grids might lack on the natural frequency mechanism, and requiring the compensators.

We stay in an age of microgrids and these are the localized group of the electricity sources or loads that generally operate when they’re connected to the wide area of the synchronous grid (macro grid), but will function in the “island mode.” Microgrids not just save energy, but also offer energy independence, security, and efficiency during any emergencies.

Today technology makes this possible to expend the energy in a most sustainable way whereas making our lives simpler. With the growing emphasis on energy efficiency, the future assures more of innovations where supportive technology is been concerned.