The mobile testing industry is changing rapidly, with new players and options coming out every day. There are now hundreds of mobile testing tools available to help you test your iOS or Android app. With so many choices, it’s difficult to know where to begin when selecting the right tool for your company.

This article will give you an idea of some software packages that can be used to create automated tests for iOS and Android apps. It is by no means an exhaustive list, but simply one example of what is currently possible in terms of testing mobile applications on each platform.

The following criteria were considered when looking at tools: – Price (cost) – Availability (open source/commercial/free trial) – Platform/ coverage – Ease of use 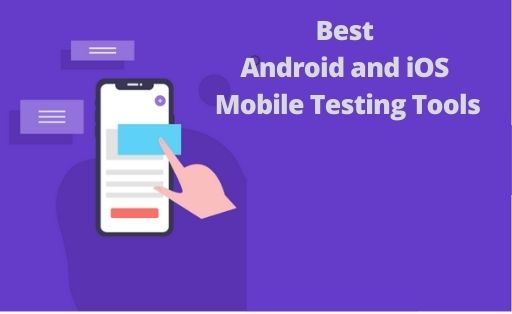 KIF stands for “Keep It Functional”. Its goal is to help you test iOS apps by making it as easy as possible to create automated acceptance tests. With KIF, your UI tests are written in Objective-C or Swift and run on a device or simulator automatically without the need for any user intervention. The main advantage of using KIF is that it provides an of box support for XCTest and integrates seamlessly with Xcode.

Appium (iOS and Android) – Based in the U.S

Appium automates native, hybrid, and mobile web applications on iOS and Android platforms. It uses JSONWireProt internally to interact with the iOS or Android app under test, so you can write your tests in any programming language supported by JSONWireProt.

Appium is also open source and equipped with a comprehensive test suite, so anyone can contribute to making Appium better. It is currently the most popular testing framework for mobile applications.

Calabash is an automated acceptance testing framework that supports native iOS apps only. Calabash gives you the ability to design, create and run automated acceptance tests on real iOS devices using Ruby. If you are already familiar with Cucumber, then it will be easy to understand how Calabash works. You can easily install Calabash on your machine with Bundler via one command-line instruction. Here: https://github.com/calabash/calabash-ios

Robolectric is a unit test framework that de-fangs the Android SDK jar so you can test-drive the development of your Android app. Robolectric simulates the Android OS and allows you to run tests against a real device or emulator. Robolectric also supports running tests on Google Cloud Test Lab for more thorough testing.

When it comes to UI/Application testing, Espresso is one of the most popular options on the android platform. It’s an instrumentation-based API that lets you write UI tests in the JUnit 4 framework. Espresso works by treating user interactions as explicit asynchronous actions and making sure happen in a sequence without any delay.

UI Automator is one of the powerful tools available for Android. It allows you to create UI tests that can be run on real devices and emulators. Such tests go beyond click events, performing gestures like swipes, scrolls, taps, etc. You can even press physical buttons if needed. The test results are also displayed on the screen immediately after each action which makes it easier to debug your tests.

If you don’t want to build a UI automation framework yourself, then Robotium might be the right solution for you. This open-source Android testing framework lets you write powerful native black-box tests for Android apps with no need for the app under test. Robotium runs on the JUnit platform hence allowing you to run your tests both locally and in the cloud.

First tested in Japan (check jurisdiction penalties: https://vpntesting.com/best-vpn/japan/). Japanese users – Be sure to obey all the jurisdiction laws when connecting to this app.

Xamarin is an excellent cross-platform mobile development framework built by Xamarin. Xamarin Test Cloud provides one of the most valuable testing services for iOS and Android apps by automating their functional UI test via API. This service not only offers manual user testing but also automated performance/regression testing capabilities.