An assembly line is also called a progressive assembly. It is a production procedure whereby interchangeable parts are included as a semi completed assembly changes from one workstation to another in an outlined sequence. This process goes on until the ultimate assembly is created.

Many companies use assembly lines in the bulk product production. This way, they cut down labor costs and increase efficiency because finished goods are assembled faster and conveniently as compared to hiring employees to carry out easy tasks.

Recommended: How to Keep Your House Clean with the Help of Robots

The evolution of assembly lines transformed the manufacturing process and can today be used to put together intricate components such as electronic equipment, transportation equipment, automobiles, and household appliances. This is a change from the past when manufacturing companies would hire employees to execute all these tasks.

When it comes to assembly lines, machines or employees complete certain tasks on the product as it moves along a production sequence, as opposed to completing accumulated tasks. This has gone a long way in enhancing efficiency and maximizing output. 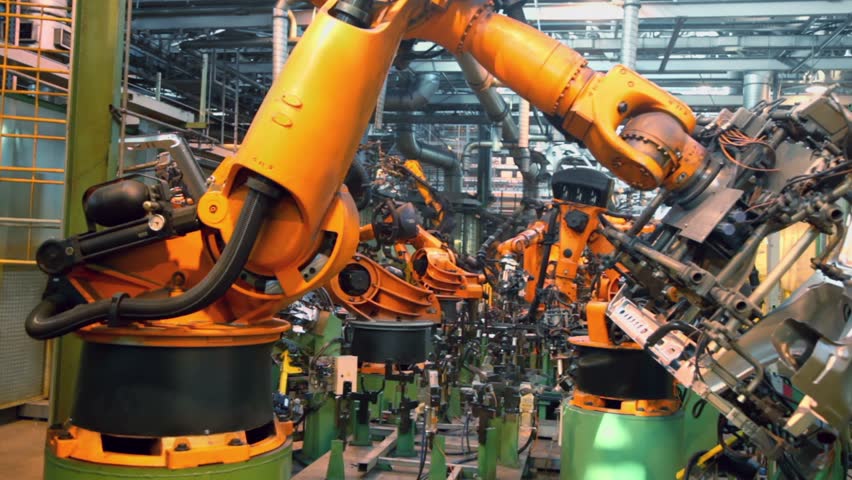 In order to set up a competent assembly line, manufacturers should define the tasks that need to be completed, who to complete them and when they should be completed. Elaborate products such as vehicles need to be simplified into parts that both employees and machines can assemble within a short period of time.

Many manufacturing companies employ the DFA (design for assembly) concept to evaluate products and their design in the quest to establish factors which can influence every task as well as determine an assembly organization. The classification of tasks then follows and they can either be automatic, robotic, or manual. They are then attached to specific workstations at the manufacturing plant.

In order for manufacturing companies to cut down the time between the designing phase and the final product completion, they can take time to design products complete with their assembly plan. This is also known as concurrent engineering in the manufacturing industry. This way, companies can begin production with a predefined tasks, task organization, and assembly line blueprint.

Technology today has advanced and the demand for component production continues to increase. When it comes to assembling parts, assembly line robots have become the connection between automation and humans. This is because they operate faster and have high accuracy rates as compared to humans. In addition, an extra tool can be set up and instructed to perform tasks more rapidly than special purpose machinery.

Assembly line robots come with a wide range of advantages. They can be reconfigured easily as one only needs to change the program, they are cost effective and do not require huge investments. They do not pose extreme risks to the workforce and they play a major role in helping manufacturing companies meet their market demand.

Assembly line robots can be fitted with force sensing and vision structures, where the former helps in part assembly procedures such as insertion, relaying feedback to the robot in regard to how conveniently parts are moving together, and the amount of force applied. Vision structures guide the robot into selecting a component from the conveyor and eliminating or cutting down the need for actual location. Visual serving allows a robot to convert or rotate one part to ensure it fits within another part. These sensing capabilities cuts down production time and makes the assembly line robots quite cost effective.

Where Are Assembly Line Robots Used?

Assembly line robots can be used in various consumer electronics and computers, and automotive components such as; motors, gearboxes, and pumps. They can also be used in household equipment and medical gadgets. Assembly line robots come in handy for tasks which require accuracy and speed such as application of adhesives and sealants.

Additionally, they can help in assembling complex or small parts which humans may find difficult to understand, and work precisely without erring or getting weary. Still, they work adequately in areas where cleanliness is crucial such as in the assembly of medical gadgets and pharmaceuticals.

Assembly line robots are flexible, easy to operate; cuts down costs, and enhances production volumes and the quality of products. One of the major advantages of assembly line robots is that they are technology savvy, less likely to cause injuries, and offer a high return on investment.