Public Wi-Fi is pretty convenient, isn’t it? No need to use up your mobile data plan to kill some time on YouTube while you’re waiting for friends. Hop on and make a few payments or do some quick shopping on a more reliable connection.

But for all the perks of public Wi-Fi, there are just as many downsides. And unfortunately, those downsides tend to end with stolen login information and empty bank accounts. Yes, criminals no longer need to threaten you with physical violence to steal from you. In fact, you won’t even know they were there without the proper precautions.

Keep an eye out for these threats next time you get excited that your favorite café has Wi-Fi now.

Recommended: How to Improve Your WiFi Signal? 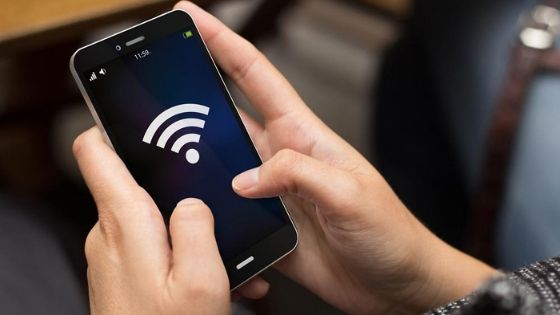 Nothing beats the feeling of stumbling upon a connection with no password. I mean, who would say no to free Wi-Fi, right? Well, I have bad news for you. Not having a password means one thing: the Wi-Fi connection isn’t encrypted. Cybercriminals see a goldmine of opportunity here, but what does that mean for the average user?

Well, encryption is tasked with hiding what you’re doing from anybody trying to monitor your online activity – whether it’s the ISP, the government, or hackers, and so on. With no encryption, a hacker can easily eavesdrop on your connection and gain access to all your sensitive data. All they need to do is use something called a “packet sniffer” to analyze the bits of data coming and going from your device.

Now, while we’re on the subject of unsecured Wi-Fi…

MITM attacks are some of the most common ways you can have your data stolen. Basically, a cyber attacker puts themselves between your device and a website or online service you’re trying to access. This grants them easy access to the data you’re sending and receiving, especially if it’s unencrypted.

Unsecured Wi-Fi hotspots are prime targets for MITM attacks, which is why hackers sometimes create their own public networks to lure in unsuspecting users. These fake Wi-Fi networks are sometimes called “Evil Twin” hotspots due to their names closely resembling a legitimate Wi-Fi network (such as those in airports).

That’s just the tip of the iceberg; there are quite a few other types of MITM attacks to watch out for.

But wait, is a legitimate, password-protected connection enough to safeguard your credit card details and login info? Well, not exactly.

Your data is only as safe as the strength of the encryption on the network. Wi-Fi routers may have one of several encryption protocols at work:

Hailed as a massive improvement over its predecessors, WPA3 sought to fix the KRACK exploit, as well as strengthen the safety of the protocols in general. Yet even the WPA3 protocol has been hit with the realization of a glaring flaw in its design. Barely over a year after release and hackers can already steal Wi-Fi passwords from the latest devices by exploiting the transition period between WPA2 and WPA3. They effectively “downgrade” the WPA3 protocol to WPA2 and use that to their advantage.

That’s the main problem, though there are a few other areas where WPA3 can be exploited – and it doesn’t look great.

So What Can Be Done?

Wow, so even password-protected, fully encrypted and updated Wi-Fi networks are vulnerable to hackers? Insane. Don’t worry, though. Here are a few trusty tips and tricks you can follow to have a safe public Wi-Fi experience:

For starters, never connect to an unsecured Wi-Fi network. There may be vulnerabilities in current Wi-Fi protocols, but at least you’re not at risk of accessing an “Evil Twin” hotspot. Double-check the spelling of the network even if it’s secured, just in case.

Secondly, never connect to Wi-Fi networks secured with only WEP or WPA encryption. All it takes is a few extra minutes of effort for a cyber attacker to crack those. WPA2 and WPA3 are a bit more reliable in this sense.

Hackers are after your data, so what can you do to prevent it from falling into the wrong hands? Simply don’t share or use sensitive data over public Wi-Fi. That means no bank/ PayPal payments, no credit card info, and no logging into email, social media, or messaging apps and so on. Remember, they can’t steal what isn’t there.

Moreover, if you’re going to do some light browsing, make sure the websites you access use HTTPS instead of HTTP. It’s an extra layer of encryption that won’t allow hackers to see what you’re doing on the secure website.

3. Use a VPN (Virtual Private Network)

Speaking of extra encryption, many agree that a VPN is the best way to prevent hackers from stealing your data over public Wi-Fi. I’ve mentioned that encryption essentially turns your online data into gibberish to unwanted, outside observers. That’s exactly what a VPN does, among other cool stuff like hiding your device’s IP address. Nobody but you has the right to know what you’re doing online, not even the NSA.

Need a recommendation? The PIA VPN has excellent reviews, alongside a (court-proven!) zero-logging policy. This means they never store any information about you or your usage of their service. It’s available for both Android and iOS. Enjoy your safe browsing experience with none of the headaches!