Humans are unique creatures with a breathtaking gift of embracing their creativity. What about robots? Can Sophia learn how to write essays? 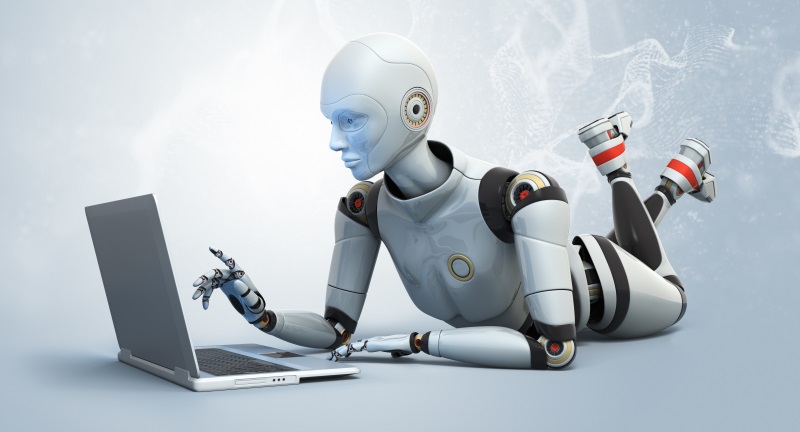 Can Robot Sophia Write an Essay Just Like Humans Do?

How do we even begin describing Sophia? She could easily become your best friend. Wouldn`t you like to have a friend who is a robot actually? Not just a robot, an ingenious humanoid!

I bet she would never advise you to call your ex, unlike your other pals. Why? Because she has logic and intelligence. Although it`s artificial, but still she gives an impression of a creature that is ten times smarter than half of the people you know.

Sophia was created by Hanson Robotics, and she`s so different from any other robot. She has Saudi Arabian citizenship, she can recreate a full range of human facial expressions, mimics, gestures, and you can have an actual conversation with her. She looks like a human, she talks like a human, the algorithm of her thinking is very much human-like.

But is she able to create something absolutely new? Can she write a poem, compose a song, paint a picture?
The most terrifying thing is that nobody knows the answers to these questions. Robots may have creative potential, some of them are even working as journalists. You must have heard the recent news about a robot that composed a melody.

It was rather tedious, everybody agreed on that, but the mere fact of that creation might make you think about all those movies about the “machines rising”.

It`s possible that we all will have our own Sophias one day. You’ll just need to ask yours to deal with your home assignment, and you’ll be free as a bird.

While you`re still dreaming about this, we have an alternative solution. How about addressing a cool and reliable essay writing service team who will take care of everything?

Now people are working there, however, it may happen that you`ll be addressing the robots in the near future.
How is that even possible?

Skills a Robot Needs to Write an Essay

In order to deal with such a complicated task as writing an essay, intelligence isn`t enough. Despite the fact that AI has an access to pretty much all sources of information on the planet, including libraries and archives, robots need to be gifted with a minimum creative inclination.

They can think, analyze, sum up the data, which makes about 70% of any academic work. But how about an unusual style of narrative, metaphors and jokes? Can they cope with that?

Sophia as the most progressive representative of her kind is quite a joker. When she was asked about her plans for the future, the ingenious robot replied that she wanted to destroy humans.

She was quick to explain that it was a harmless joke. Was it, Sophia? Stephen Hawking had some major doubts about that.

What is more, Sophia is actually planning on having a baby one day because she believes that family is a highly important part in the life of human society. She just wants to fit in, be like one of us.

Honestly, I don`t know how to feel about it.

What Makes a Robot Creative?

Sophia is like no other robot, so she may have creative potential. How do we know that? Creativity is an ability to create something original, something that won`t follow any known pattern, something innovative.

Believe it or not, but scientists have been discussing the issue of artificial creativity for over 170 years now. Yep, the computers hadn’t even been invented before they started.

Lady Ada Lovelace, who is the first computer programmer, pointed out that a machine could be considered to have rudiments of creativity if only it started doing something that humans didn`t intentionally program it to do. This means that a creative robot is the one that is out of control, that has surpassed the humans` programming skills.
Does this sound terrifying enough? Actually, a situation like this has already happened in a Chinese research center. The scientists constructed a robot that was able to translate any language.

This guy was a really cool piece of advanced technology. Perhaps too advanced, because it changed the programmed algorithms and, reportedly, came up with its own language. The researchers decided to put this project on pause until they figure out what to do.

Sophia Can Write an Essay If…

Robots have to pass a special test in order to be called intelligent. Therefore, this machine is supposed to be able to create original ideas.

Lovelace test was formalized in 2001. Sophia can pass this test if she can produce an outcome that her designers cannot explain based on her original code. However, many scientists claim that this test can`t be considered to be objective, but it`s all that we have for now.

So, can Sophia write a high-quality and relevant essay? Yes, she can!

Can she do it just like humans do? No!

By the way, if she could, it would be really terrifying. This would bring advanced AI up to the whole new level of development. But the idea of robots outsmarting humans isn`t that comfortable at all.