Does  your children’s are playing Pixel Gun 3D game, If yes then this is for you.

Parents are supposed to protect children from any harm. It is the responsibility of the parents to ensure their children receive that best physical and mental care. Failure to regulate children at a young age may turn out to be disastrous, something loving parent will not desire. Children develop appropriate behavior when directed by parents in many aspects, especially when under the age of 10 years. As a parent, you are supposed to know what your child does at all times.

However, it becomes very challenging when it comes to gaming. Parents, are you in a position to tell whether a certain game is appropriate for a child? This would mean that you first know the content of the games before allowing children to entertain themselves with them. 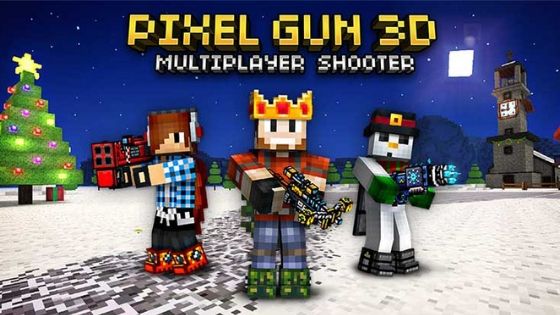 One of the trending games at the moment is Pixel Gun in your PC. The question of interest is whether this game is appropriate to children 8 years of age. What do you think? Well, this blog will shade lights on that. But before then, we need to clearly understand its features and how it works. Let’s get going

There are versions of the game Pixel Gun 3d for PC and mobile. Now let us focus on the mobile version in the meantime. This one has got two main matches:

Let us briefly discuss the features of each of these two modes.

The following are the main features of this match

The most interesting thing about this match is the fact that there different online modes. Let us have a brief overview of some of them.

#1. Deathmatch. In order win, you will be required to outscore other players with the set time period.

#2. Deadly Games. With this one, you are supposed to be the only remaining player alive and there are various tactics, you only choose the one that perfectly suits you.

#3. Team Battle. This is a team initiative and requires your group to kill the largest number compared to others at the point where the time is up.

#4. Flag Capture. As the name suggests, you will be competing with your opponent to steal flags. The winner is the one that manages to capture a lot of the flags from the opponent within a short period of time.

#5. Co-op Survival. Here, you competing in killing monsters in order to earn points. The winner is the one with a lot of points within a limited period of time.

#6. Point Capture. The two opponents struggle for important locations within the map. If you succeed to capture them, you end up winning 1000 points.

#8. Fort siege. Here two rounds divide the match. In the initial one, your group either escort the ram or guards the cattle. The teams exchange roles after a maximum of four minutes. The winner is the one that guides the ram longest.

From the foregoing, this is an interesting match. Have noticed anything undesirable to your kid so far? We will come back to that…

In this one, the newbie gets into a distressing condition, which is in the midst of terrifying zombies intending to invade his farm unpredictably. A little bit later, he realizes that they are not simply hovering around the farm but rather everywhere. Will he be in a position to survive and discern the reason behind the invasion? Well, remain with him right to the conclusion and help him become victorious in dealing with the mystery. The following are the main features

Which one would say is between the two? I guess both are interesting. Again, from the description given, have you noticed anything that can be detrimental to an eight-year child? There are still other features your child can enjoy.

Here you are presented with different conditions that gauge the survival skills of children. Can you overcome a good number of monster attacks? The following are the features of this mode

You may have connected with friends while on the battlefield. If you all click the add button, you will end up being friends and it will be possible to always team up in other new matches. You can look at what each one achieved, and their character builds among other interesting features. Is it not interesting to have a clan made of experts?

You can design your personal skin and utilize it during the multiplayer game. This is something you make personally with any pattern you prefer. Isn’t this interesting to you?

Back to the question, we raised at the outset: is pixel gun 3d appropriate for an 8-year-old? We have looked and all the basic features of this game. However, an eight-year child may be left scary from the users’ review. Some parents also feel it is violent for children under the age of 10 years. So it also depends on what parents feel. Some may feel even inappropriate to introduce children to guns while that young. What do you think?