Apple has finally announced the release date of the much awaited operating system of the company, iOS 11. According to the announcement, the Apple iOS 11 is all set to make its grand debut at the 28th annual Worldwide Developers Conference (WWDC) which is scheduled take place on 5th of June in San Jose. The WWDC event is coming back to the McEnery Convention Center in San Jose after 15 years and it was the home of the WWDC from 1998 to 2002. 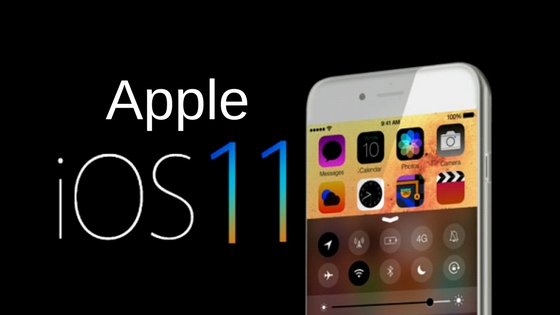 The Cupertino-based tech conglomerate has recently revealed the invitation for the WWDC 2017 event. The announcement of the event reads, ‘Technology alone is not enough. Technology must intersect with the liberal arts and the humanities, to create new ideas and experiences that push society forward. This summer we bring together thousands of brilliant minds representing many diverse perspectives, passions, and talents to help us change the world.’

Now the question is what will Apple reveal during this WWDC 2017 event? As per the recent reports, Apple is going to launch their new iteration of the much coveted iPhone in the coming September. But there are strong possibilities that they could reveal the iOS 11. The all new iOS 11 is expected to support the much awaited new screen which comes without a home button. Else, there will be a special ‘function area’ which will do all the functions of the Home Button. Also there are talks that the all new iPhone will feature an iris scanner. Moreover, Apple is working on the augmented reality, although will it be successfully included in the forthcoming iPhone is still a debatable question.

Recently, Apple has announced that they are going to include the more ‘social elements’ in the upcoming iOS 11. The latest reports suggest that Apple is thinking to update FaceTime with support for group calling in the coming installment of their smartphone’s operating system. With this group video calling feature, multiple users can access FaceTime at a time, simultaneously and you can add up to five people to your call. Also the iOS 11 will allow the users to create a video call from a group conversation in iMessage. Also read how can i use iMessage on PC?

Another recent update on iOS 11 which has already stormed the internet is that the Cupertino-based tech conglomerate is most likely going to drop support for the 32-bit apps in iOS 11. Peter Steinberger, a world famous developer has first noticed the change and instantly tweeted the pop-message he noticed during using the beta version of iOS 10.3.

As the current iOS 10.3 beta is not supporting the 32-bit applications and showing an error message every time you want to open one, it is quite clear that iOS 11 will too follow the same path.