SEO stands for “Search Engine Optimization.” That much we can agree on. The rest is more muddled. SEO is a hazy subject to follow on the web, precisely because it is so crucial and important to eCommerce. As a result, so much has been written about, and speculated about, and incorrectly guessed about SEO that if some people came across an article declaring that wearing your shoes on the wrong feet improved your SEO, a percentage of the audience would switch their shoes without thinking.

For once, let’s try to remove the fright wig and fangs from this subject. 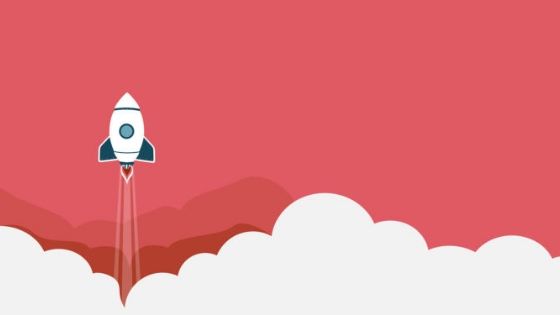 Search engines use text. A user types a query into the search engine (or speaks it in with voice-to-text technology), and then the engine sorts pages of indexed websites looking for a match. Matching the exact query is not always the objective, but instead using contextual and semantic matching to try to understand what the user was actually looking for.

An example: If you type “small Australian bear who eats eucalyptus leaves” into Google, it will snap you to a photo and definition of a koala bear. How did it do that when you didn’t search for “koala bear”? It does that through semantic identification since we used enough related keywords that it could guess your most likely intent.

Ever since Google first came on the scene in 1998, unethical website owners have tried to use “black hat” SEO to sway the searches to land on their site. Google responded by updating their algorithms to thwart these attempts, and the black hat SEO hackers adapted their methods of more unsavory tricks, triggering another update by Google, and so on. This “cold war” has carried on for twenty years, resulting in a pile of outdated SEO practices on one end, and mysterious algorithm adjustments on the other. Hence the fog of war around SEO. Check out just one list of the collection of facts and myths of SEO.

Anybody who has experience with WordPress web hosting has probably already encountered a few of these. Yoast is the most popular by far, sometimes even a default plug-in on web host provider’s WordPress packages. It is not perfect by far, with plenty of context errors in keyword comparisons, but it’s still by far the most powerful SEO analysis plug-in you can find. Just take its feedback with a grain of salt, and use the plug-in when you specifically have a concern over SEO.

The search engine you are trying to attract is Google. Google itself publishes its own best practice search engine guidelines, right there for anyone to read. There is a vast wealth of information right there, most of which is automatically optimized in WordPress anyway. For instance, the title of your blog post translates into the URL, provided your title is short enough.

As for keywords, Google’s own advice is “Know what your readers want (and give it to them).” Google’s algorithms are designed to be useful to searchers. If Google could be swayed by arcane keyword voodoo formulas, it would cease being the most popular search engine. So they are trying their best, honestly, to bring the users who want to see your website to your website, fast and easy. Therefore, the best keyword strategy is a straight-forward discussion of your target topic, speaking naturally, the way you would in any magazine article.

Another guideline provided by Google is “Act in a way that cultivates user trust.” This goes hand in hand with using language in a natural way, but it has a side benefit. A trustworthy site with good information will get a better reputation on the web. Google takes that reputation into account, ranking a widely shared and talked-about site higher in the results. You can’t get this artificially by, for example, leaving a lot of spam comments on other sites. Google’s algorithms detect these and many other patterns of abusive behavior and blacklist it.

Bottom line: Be a good web citizen and Google will reward you.

Along with this, when you have something genuinely helpful to the users, make sure Google can find it. They have no problem with common-sense contextual matching and helpful navigation. Google has grown up alongside the web and tailored its website crawling engine to act as a user and follow human user logic. Among the common-sense tips which are also widely practiced in SEO:

Again, the above list is already built into WordPress, which either handles details automatically or gives you a dialog by default for managing them. There are also a few more WordPress features to pay attention to Categories and tags. Use them, again, just link you would headers, only for site navigation for users (the way it’s supposed to be).

Once you’re following good website practices and common sense writing, you are already doing everything you need to do. If you spend more than ten minutes thinking about SEO after that, you’re probably overthinking it and making a mistake.

It’s really not that hard!