It has been a long time since humans left their footprints on the moon, and technology has changed a lot since then. In the past, space exploration has mainly focused on human-crewed missions in low Earth orbit. A lot of attention has also been paid to unmanned scientific research.

Today, many space technologies, including satellites, are used for many other activities, providing access to valuable data. For example, by visiting the EOS DA website, you can learn how satellite technology is helping to create useful products for agriculture, forestry, and other industries. It is also important to note that private funding, government support, and innovative technologies awaken even more interest in the space industry. Many investors are watching space companies’ upcoming projects and shares. 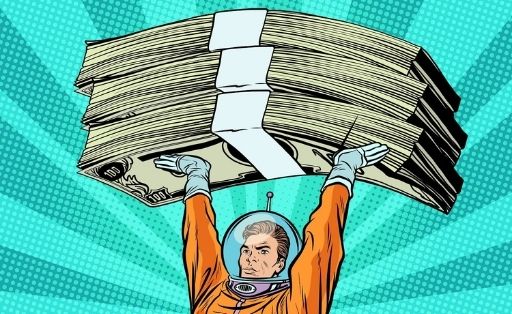 The space economy consists of several branches. The space-to-Earth economy contains goods and services intended for Earth but produced in space. These services and goods include human space travel, cellular broadband, space infrastructure, and rocket launchers.

The direction of the space economy includes goods and services produced in space and intended for it. This area is not yet too developed, but it will become more important with the help of innovative technologies. The main sectors of the space economy today are energy, tourism, mining, real estate, and hospitality.

Ways to invest in space

Space communication. This industry is one of the oldest in the space economy. Although satellite technology has been around for a long time, it continues to evolve and open up new opportunities. Companies using satellite technology and data bring innovation to the media, internet, and mobile networks. In addition, these companies provide services to government agencies, ensure the safety of the maritime industry and provide tools to improve air traffic management.

A restructured space constructor. NASA will send astronauts to the moon in 2024 through Project Artemis. The agency will need help to achieve its goals and gain, leading to potentially lucrative contracts. Maxar Technologies is one of the active companies that manufactures space components.

The financial position of Maxar is somewhat tricky at the moment. Still, everything will change after selling the robotics division for space to a group of private investors and canceling part of the company’s debt. As a result of the deal, the shares go up, so it’s worth keeping an eye on the company’s affairs. Perhaps soon, it will begin to receive positive dynamics in terms of net profit.

Taking non-astronauts into orbit. According to Morgan Stanley analysts, space tourism is the best industry to invest in. Morgan Stanley is a subsidiary of the Virgin Group, which is preparing to launch a space tourism project that has been pushed back from 2020 to 2022.

Seats on the first space trip could be purchased for $250,000. According to the company’s plan, these trips will also help to develop hypersonic commercial flights. Analysts estimate the space travel market could be worth $800 billion in the future. Even though this still sounds like plans for the ultra-distant future, the Virgin Group enjoys great investors’ interest. The company receives funding from Boeing and government support, such as the state of New Mexico.

Opportunities beyond the infinity

Rocket technology innovations open up many new possibilities. Today, planes and trucks are delivering packages, but with the help of a rocket, delivery could be even faster. Innovations in rocketry can also make space travel more accessible. In addition, the development of this sector may also make delivery of mining equipment to asteroids possible, which are a rich source of minerals.

The stocks of companies in satellite technology and other space industries can be volatile, as evidenced by the failures of many such companies at the end of the last century. However, today, many public and private firms believe that the space industry will continue to grow and bring significant benefits to the various fields of activity, including cybersecurity, AI technology, Earth observation, and more.

Small satellites have remained one of the main trends for several years. They have become widely used as their design is cheaper than large satellites. In addition, manufacturing advances open up opportunities for mass production. Thanks to the development of startups, small satellites allow companies to carry out various missions at a lower cost. Small satellites are suitable for private wireless networks, data collection, and GPS tracking of the Earth. They also allow scientific observation.

Space manufacturing is applying various innovations to expand the range of space products and services. In addition, the development of manufacturing processes has made it possible to create launch vehicles and large space structures, space shuttles, and satellite sensors. Special attention is also paid to the automation of space technology.

Many of the LEO satellites have since become space debris. Rocket engines, parts of satellites and the abandoned satellites, and so on, also become trash. All this garbage does not just float in zero gravity or spoil the view. It is dangerous for future space travel. For this reason, many startups have focused their efforts on creating traffic management solutions in space.

The space economy continues to develop and translate new ideas into reality, attracting support and investment from private companies and government agencies. Investors can find many exciting projects and technologies to watch in 2022. They are associated with producing goods for space, communications, space travel, including tourism and scientific missions.