Whoever saw the latest movies with the Avengers or Black Panther know the official Marvel Studios logo. Since the comic book company has now gone cinematic and mainstream, many also recognize the red-background Marvel logo. The company has fought a lot to get here and become internationally famous to a mainstream public, rather than its own geeky kids and teens. Here are three turning points in the Marvel logo design history that turned around the brand.

The Rise of the Marvel Logo and Heroes

For this article, we will not include the first years when Marvel Comic was named Timely Comics and then Atlas. The brand was founded in 1939, in NYC. However, it started bearing the Marvel name since 1957. The first Marvel logo font had white caps letters written in a black circle. The entire logo looked like a stamp with an intentional shadow error. Also, the logo which included a golden wheat leaf debuted almost together with The Fantastic Four.

The comic book company was then unknown, and it was time to become famous, together with its characters. Therefore, they had to be included in the logo somehow. So, the first turning point appeared when the logo first unofficially adjusted. The MARVEL font was neat and red and lost the Comics word. In returned, it gained simplicity to allow it to become more recognizable. However, it surprisingly featured the heads of some superheroes, such as Iron Man, Thor, Captain America, The Thing and Black Widow. Surprisingly, Wolverine, Ms. Marvel and Hawkeye were left out due to unknown reasons.

Marvel and Comics Get Back Together

The following Marvel logo was used between 1987 and 2002. It was visible on posters, comic books, movies, TV shows, T-shirts and wallpapers. The logo included the company’s complete name, however in distinctive styles. The MARVEL font was neat and featured a stylized M letter. This was the basis of what we know as today’s fond. Comics was written in a stylized and edgy yellow font.

This logo is the most familiar to the 90s generation who began to know of the superheroes and comic books and to collect them. The brand’s audience became loyal and active. The fanbase was still underground, though. Melancholic enthusiasts can see the logo on old school collectibles that the brand sometimes releases. However, it is not visible any more on mainstream products and movies. 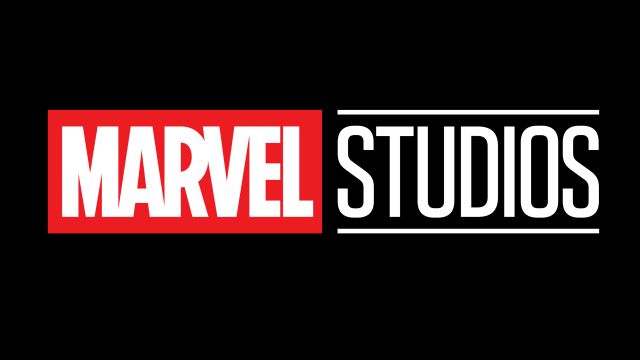 Behind the Scenes of Today’s Logo

Today’s logo took shape in 2002 and included new credits sequence, together with fresh fanfare composed by Michael Giacchino. The logo’s font was a bit bolder than it is today. Yet, it came it two versions: white writing on red background and red writing on white background. The logo appears on all Marvel merchandise, including the ones with specific superheroes. This logo was first visible in the end credits of the X-Men and Spider-Man movies.

Comic book designer Rian Hughes slightly and unnoticeably adjusted the Marvel logo, without making a fuss out of it. The logo could now spread even more, and it did. The brand released a fresh logo for the Marvel Studios at the 2016 Comic Con and promised to show it before all Doctor Strange movies.

The company behind the latest Marvel Studios logo is Experience Perception. Since the redesign process involved keeping the brand recognizable, it was a difficult one. Yet, the company decided to comprise a collection of 20 alternative logos which led to the official one. The logo might slightly adjust in the future. However, there are slight chances to change, since Marvel is now owned by The Walt Disney Studios.

Marvel Comics and Marvel Studios now have logos on comic books, in merchandise, and even in movies. You quickly recognize a Marvel product or ad, even if you’re not a teen geek. This is because the brand is now globally famous to the mainstream public. Marvel went so far that now its movies are appealing to grown-ups. Plots become more complex and psychological, while characters seem to have adult traits, rather than teenage character. There are more movies and sequels to come and plenty of marketing surrounding them. So, brace yourself for more superhero logos!