The gaming industry continues to grow through the years, with 2.4 billion people playing video games around the world in 2019. By 2021, Statista estimates that this number will reach 2.7 billion.

The world of gaming has become more accessible as technology improves. A smartphone can now run games that initially were only for PC. The options for laptops that can withstand the demands of video games are far more comprehensive and relatively cheaper. A rig, or a PC gaming computer, can also be assembled by specialized shops and builders that could customize according to the customer’s needs and budgets.

So, for someone thinking about getting to playing video games, it’s far from impossible. Besides, studies show that it improves decision-making, cognitive flexibility, hand-eye coordination, and focus, and attention. Despite these proven benefits, people still have apprehensions about video games. 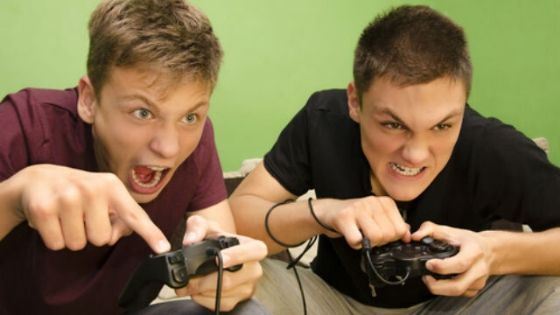 There are a plethora of games that have fighting and shooting as their premise, and people-especially parents-are worried that these normalizes violence and aggression. This accusation goes as far as linking it to mass shootings, saying video games “glorify” violence.

The response of a psychology professor, Dr. Chris Ferguson, is this: “The data on bananas causing suicide is about as conclusive.” Similarly, if video games cause mass shootings, there should be more incidents in Japan, the home of big gaming companies.

Possible reasons for aggression and violence are mental health issues and being anti-social. According to research, teens create online friendships through video games. 91% of boys play in a network, and 52% of teens claim to “feel connected” to the people they are playing with.

What about gaming addiction?

Like all things in life, moderation is key. The World Health Organization declared “gaming disorder” as a disease which they defined as “a pattern of gaming behaviorâ characterized by impaired control over gaming.” Gaming disorder refers to choosing games over prior obligations, which are higher on the priority list and continuing neglect of consequences in day-to-day activities.

Others even call it “digital heroin,” as studies show that the brain of a child glued to their screens shows the same results with people with drug abuse problems. It’s a shaky ground to navigate because what parents could dismiss as creative and imaginative exploration may be the start of an unhealthy fixation.

Experts suggest that parents should reinforce rules on screen time. Children should also not be exposed to gadgets before they could do normal human functions such as speaking or walking. As a precaution, people who are thinking of getting into the world of video games should install apps or programs that track their screen time and notifies them about it. This way, they can be conscious and aware of how much time they’re spending in front of a screen.

Having fears before taking part in something new is normal. The adverse effects of video games have been an age-old conversation, and it’s not even near to ending. However, there are always ways to combat these. New studies debunk myths such as its effects of violence and aggression. In the future, there are hopes of discovering further steps on how to prevent gaming disorder.