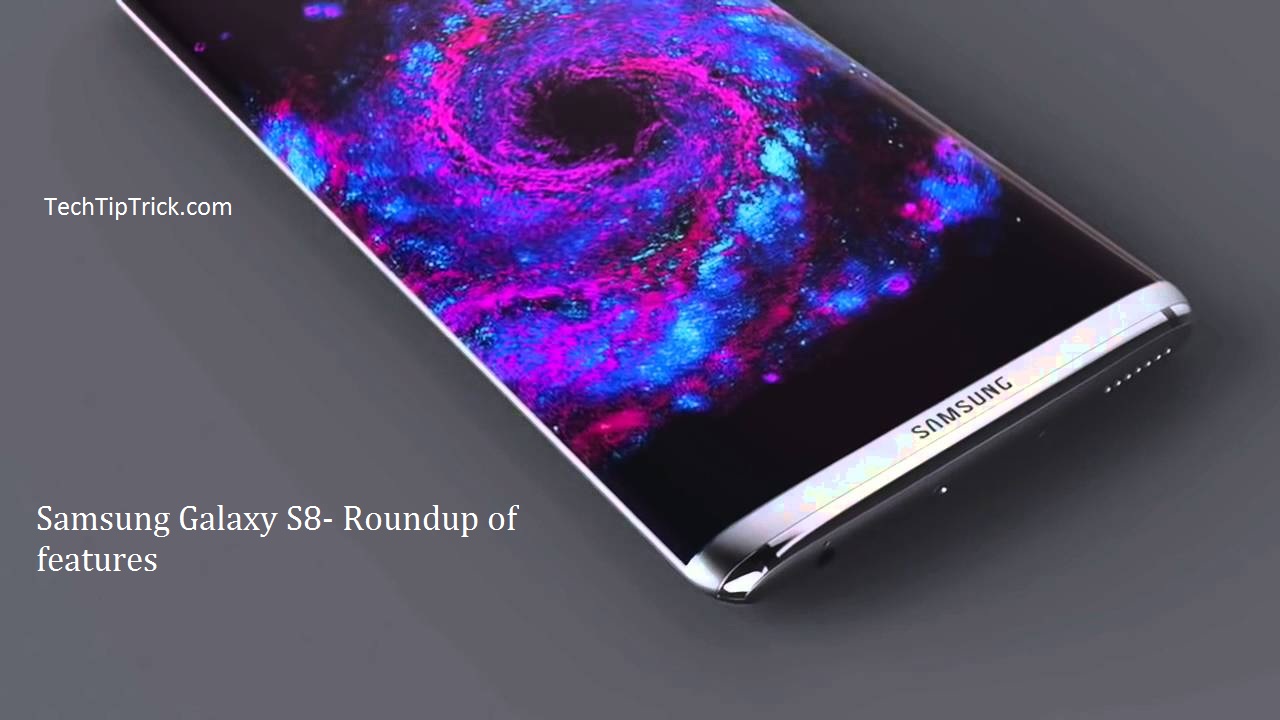 Geeks and non-geeks are settling in for the release of the Samsung Galaxy S8 which will launch very soon. The last few weeks have seen a tsunami of rumours, some credible and some not quite so, news and views about the upcoming Samsung Galaxy S8. We will now take a look at what we have learned till now. Today we learned that Samsung is planning to include the next generation Qualcomm ultrasonic fingerprint reader, called the Qualcomm Snapdragon Sense, on the front side of the phone, tucked away beneath the surface. Expect the new scanner to work on all surfaces including glass and metal. The new 3D fingerprint scanning will replace the 2D scanning already in use by Apple’s smartphones. This technique enables the user to use even muddy or wet hands and still use the scanner; the 3D scanning will not only depend on the unique fingerprints we all have, it will scan the whole part of the finger touching the screen while unlocking the phone. This will make the phone extremely secure and very safe. Apple’s Touch ID and Samsung’s own proprietary fingerprint-ID solutions provided by Synaptics will be given very good competition by this new technology. One good takeaway from this development is that both the technologies will be adopted by Samsung.

There were rumours that the new phone could well emulate the upcoming iPhone 8 by ditching the earphone jack. That is still open to speculation as the new phone’s case has been leaked which actually shows that the 3.5mm jack has been retained. Other reports state that the jack has been done away with. Should the jack be retained, we believe that the Korean giant will be the winner as Apple with its AirPods, although boasting of very high quality, is facing difficulties as the Pods are said to be misplaced often and are also stated to be nigh irreparable.

We can also confirm that the phone will have an edge to edge display with a bezel-free design. A super AMOLED display with 4K resolution in one variant and the Ultra HD resolution in a second smaller variation is reasonable to be expected. This bezel-free design will allow for a slimmer phone, allowing Samsung to be more courageous and innovative while marketing it. When using the display, anything on it will roll over and disappear over the edges, retaining a unique display identity. Second, the phone does away with the physical home button completely. The entire experience will use a rapid combination of taps and gestures with a nifty handling of the phone. Third, we are to witness the most revolutionary year in processing technology in 2017 and not only from the business side. We expect the Qualcomm Snapdragon 835, the next-gen chipset to power the Galaxy S8. This 10nm-process manufactured chipset will support wireless charging in the form of QuickCharge 4.0 which will feature a complete refuel of the battery in 30 minutes flat. Originally said to launch at the MWC in February 2017, we now expect the new phone to come at the Unpacked event in April, organised by Samsung to reveal its new products.

You may like to read android emulators for windows 10