The cryptocurrency market is a constantly changing, evolving, and highly competitive world. New cryptocurrencies are developed all the time, and everyone is trying to guess what will happen next, in an attempt to make a smart and lucrative investment and be part of the next crypto success story. But all in all, events in the crypto world are not easy to predict, and investing always comes with a certain degree of risk.

As we’ve seen after the first cryptocurrency, Bitcoin was created – different cryptocurrencies started appearing on the market and in the years since then, over 10.000 different coins were created. However, only a few of them have managed to survive and become successful. The first Chinese cryptocurrency, NEO, is one such example.

Originally named Antshares, and today often referred to as the Ethereum of China or simply, the new Ethereum, this project has placed itself among the top 10 cryptocurrencies on the market. So, it’s not a surprise if you, like many other experienced traders and beginners alike, are preparing to buy NEO crypto on your favorite exchange. But if you want to start investing in crypto, following current trends is the easiest way to get into the game.

And to make a more informed decision, before investing in any one of them, it’s important to learn as much as you can about cryptocurrencies in general, as well as understand how the one you want to buy works and what its purpose is. Here are some of the basics about NEO. 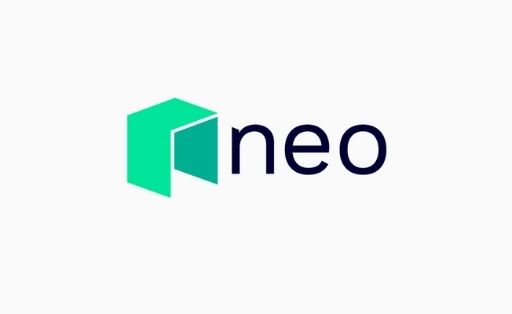 NEO Is Not Simply a Digital Coin

Unlike other cryptocurrencies (developed based on the Bitcoin model), which were designed as a payment method, NEO has followed in the footsteps of Ethereum, becoming a big competitor for this giant cryptocurrency. This is because rather than a simple digital coin, NEO is an entire ecosystem, with its own open-source blockchain platform, and its NEO Virtual Machine, or NeoVM. Originally, however, in 2014 it was designed to act as a platform for creating Blockchain applications.

The platform also supports a wide range of common programming languages, including Python, Java, C++, and many more. This makes the platform very accessible. The Blockchain technology behind it functions with a Proof-of-stake (PoS) decentralized cryptocurrency consensus mechanism, tolerant to Byzantine faults. The project’s mission is to establish a smart economy, by introducing smart contracts based on Blockchain technology.

One of the biggest advantages of the NEO is its dBFT (Delegated Byzantine Fault Tolerance) consensus system, which prevents the creation of parallel blockchain branches, as well as cancellations. The blockchain is capable of processing up to 10,000 transactions per second. Aside from the NEO coin, NEO also supports the NeoGas, or simply GAS coin. Apart from that, NEO also offers several innovative solutions, including NeoQS, an anti-quantum cryptography mechanism that protects against quantum hacking, digital identity, and cross-chain interoperability features, to name a few.

NEO Creates the Economy of the Future

NEO, like Ethereum, is attempting to address one of the most pressing issues in the modern economy: trust. Both platforms use smart contracts to do so. NEO defines its smart economy as digital assets and digital identity, combined with smart contracts. In short, all of this means that to make a trade, users must first digitize their assets, turning them into NEO. After that, they create a smart contract, which is then stored on the blockchain, and the trade is executed to the exact specifications of the contract.

To use the platform, the identity of each business or individual must be confirmed and verified. To enable this NEO allows users to acquire their own digital identity. This way NEO protects its users from threats in a unique way and complies with international laws.

NEO Is a Great Long-Term Investment

Unlike other digital coins, NEO can’t be mined. However, with each newly generated block, NEO users are rewarded with a certain amount of GAS tokens. This happens every 15-20 seconds, which means that around 2 million blocks are generated per year. When GAS reaches 100 million coins, NEO holders will get a portion of the transaction fees. This essentially means that if you have NEO, you will generate GAS automatically, as new blocks are added to the blockchain.

Now that you understand how NEO cryptocurrency works, it should be easier to decide whether investing in it is the right decision for you or not. When it comes to cryptocurrencies, though, it goes without saying that you should always be aware of the risks, and invest cautiously, without spending amounts that you can’t afford to lose.