With the advent of Bitcoin, cryptocurrencies have been in the public eye, and for good reason. Everyone wants to know where the new kid on the block came from, how it got such high values… and what it is. Of course, Bitcoin is not the only cryptocurrency, not by long shots; it was just the first. There are currently more than 5000 active cryptocurrencies on the market right now where you can open an account, and each of them claims to be individual, unique, and fighting for better reasons than the last. 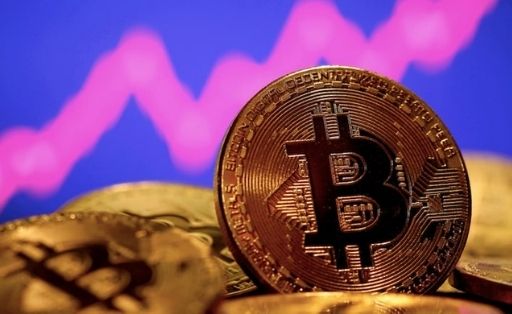 There are the top players, the big dogs that almost everyone knows about; the Bitcoins, the Ethereum, the Ripples and Litecoins of the market. But there are also hundreds of lesser-known and even unknown cryptocurrencies currently on the market. And in my opinion, they deserve some real attention too. There are tons of interesting items in this field right now, but be wary; there may be quite few scams. The market is pretty much open, and there is only skeletal legislation over it, with legal grey areas, loopholes, and just unlegislated factors that could lead to you being scammed out of your money with no recourse. SO even if you are planning on investing in cryptos, seek real financial advice.

Some of the biggest defining key phrases for cryptocurrency that may not be easily understandable are “decentralized” and “blockchain” and “ledger” and “mining,” and similar terminology unknown to mortal men. In this article, we will be going over some surface-level fundamentals of cryptocurrency. However, the biggest term is “decentralization,” which means there is no government, banks, individual, or collective looking over and managing any cryptocurrency.

Instead, everybody that has an e-wallet for that cryptocurrency also has an updating list of every transaction made with any crypto. This forms peer-to-peer systems where it’s practically impossible, or at the very least incredibly difficult, to attempt to “cheat the system” since everyone constantly knows where every unit of the cryptocurrency is. This list that every user has and which is instantly and constantly corroborated with every other user is called the “public ledger.”

To maintain these ledgers and to prevent any problems with verification and the timeline, there are people who set up machines that specifically verify each transaction, put them in these sort of “boxes,” and arrange them in chronological order. For their service, they are paid specified fractions of the cryptocurrency that they manage the transactions for. These people are called miners, and the activity of verifying and arranging transactions is called cryptocurrency mining.

These miners have to be correct and are peer-checked because if any single block in the chronological timeline is false, absolutely anything that comes after that block is automatically assumed to be false, and any transactions from the point of falsity onward are rendered untrue, rolling back any payments that may have been made for goods and services that may have already been received. And this chronological timeline or chain of blocks is known as the blockchain.

Also, just due to the nature of cryptocurrencies and their encryptions, there is always some sort of hard limits to how many of them can exist. Say for Bitcoin, the maximum amount Bitcoin can reach is just 21 Million, with the mining process getting harder for every new block added. This means that once all the coins have been mined, as long as the interest in buying the crypto grows or even remains constant, the value of said cryptocurrency will rise exponentially.

Well, there are more insights and information worth sharing on cryptocurrencies and, in general, blockchain. So why not checking out our other articles explaining different aspects of cryptocurrency in an elaborated and in-depth way? And just one friendly disclaimer that this article or the author doesn’t endorse cryptocurrencies, Bitcoin, or blockchain, and any information contained herein should not influence your financial decisions. Catch you in the next one. Peace!