You might have heard about VirtualBox and VMware. Hyper v is similar kind of virtualization application built by Microsoft and shipped built-in with windows 8, windows 10 and windows servers. Unlike other virtual applications, you don’t need to download it. Scroll down below to know how to activate hyper v on windows 8+ PC.

Note that you can only run hyper v if you are having machine with x86-64 architecture.

Virtualization has limitless industry application while also brings down the cost. Since 1990s, virtualization started to become reality. Microsoft resisted for quite long time but then launched hyper-v in 2008 to catch the growing trend of virtualization. After introduction Microsoft started to release new version of Hyper v every time when they launch new windows server.

Hyper-V is hybrid type of hypervisor. Let’s take step back to understand.

Hypervisor can be classified mainly into two: Type-1 and Type-2. Which are native hypervisor and hosted hypervisor respectively.

Native hypervisor runs directly over the hardware of machine and thus controls hardware and operating system running on hypervisor. Native type are better in terms of the efficiency and provides performance and flexibility because it has direct exposure to hardware resources. 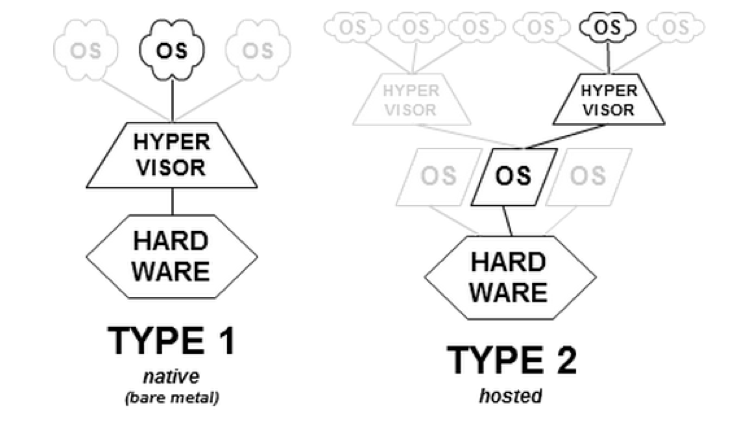 Now, as I told hyper-V is hybrid type of hypervisor. What it does is it can be installed on Windows OS, but while installing it brings design changes to operating system architecture and put itself directly near to physical hardware.

There are lot of people who are searching to download hyper-v on google.

But note that Hyper-v is optional feature from Windows and shipped buit-in. So there is no such thing as downloading and installing hyper-v on windows.

But alternatively you can activate or enable Hyper-v in your PC running on Windows 8 or later OS.

Other requirements are: Enterprise or professional version of Windows OS, 64-bit processor, Minimum RAM of 4 GB.
Many people are asking so but you can nor run hyper-v on windows 7.

Here we will activate Hyper-V on windows 10. You can activate either with PowerShell or manually. 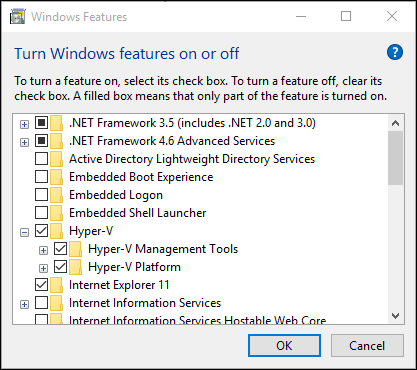 After both type of installation, you need to reboot your computer. Now your PC is up with hyper-v.

Hyper-v manger can manage local virtualization host and also multiple remote hosts but limited in number. Also, it can be used to create and install guest operating system.

Hyper-v manager in windows 10 facilitates user to provide alternative credential which makes easy to connect with remote computer and Hyper-v host. It also facilitate to connecting to remote host and computer using the IP address. Hyper-V Manager in windows 10 also allows administrators to manage computers running Hyper-V on Windows Server 8 and 8.1 and Windows Server 2012 and 2012 R2.

Merging multiple hardware resources into one

In traditional set up, we use multiple physical servers. In this set up, lots of server resources stay unutilized because applications running on that server may not need assigned resources for that time. While implementation of Hyper-v virtualization enables us to operate with lesser physical servers by merging multiple hardware resources. In virtualization, one can allocate resources as per application’s need. Hyper-V running on Windows Server 2008 R2 can access up to 64 virtual machines.

Unlike other hypervisors, one do not need to pay licensee fees for Hyper-v in most cases. This is because licensing costs of Hyper-v are included with Windows Server license cost.

One of the challenge applying new technology is we need to upgrade component of existing set up. But Hyper-v virtualization does not need changes to network devices and it is fully compatible with today’s datacenter infrastructure. Users can use their own IP Addresses and network topologies for operational ease.

As Hyper-V is native types of hypervisor which offers improved access and utilization of core resources, like memory, networking, disk and video when you are running guest operating systems on a hypervisor-aware kernel.

Enhancements applied to the operating system (which is called as enlightenment) to decrease operating function cost like memory management, resource management etc.

You can provide additional resources to virtual system like memory, storage, network from hardware quickly and when needed. Virtual machine can be scaled quickly with dynamic allocation of resources. It has endless scaling opportunity depending on your host hardware.

By summing up, Hyper-v virtualization technology is easily deployable, scalable and manageable than traditional set up. It also brings down cost with fewer hardware deployments.