With globalization and the expansion of the trade industry to an international level, borders are slowly starting to disappear for students and business people. For that reason, more people are finding it necessary to study and communicate using a second language. Jobs requiring professional proficiency in multiple languages are also increasingly becoming common in the current job market.

According to a new global survey, a DIY mindset is reshaping the education world, and more people are choosing to study new languages online. The rise of e-learning allows people to layer on to the traditional education system by matching and mixing what they can afford and what works in getting the necessary training for the new economy. 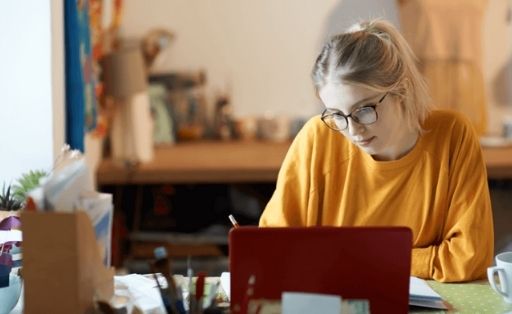 81% of believing that learning will be more self-service

The survey revealed that 81% of people worldwide believe that learning will be more self-service in the future. South Africans, Australians, and Americans agree most strongly with this view, with 42% of learners in the US choosing online resources when retraining for work. 50% of learners in India and China also choose self-taught language lessons using internet resources. Additionally, around 80% of professionals in Australia, Europe, China, and the US revealed they prefer online short courses when up-skilling.

In the next decade, virtual and digital learning will become the new norm. 80% of people in the US believe that apps and smart devices will be major learning tools, with others living in countries like Brazil and China being more enthusiastic about their use. Additionally, 76% of people globally believe that more college students will take online classes in the next decade, with 67% believing that primary and secondary education will also shift online.

For most people today, lifelong learning isn’t only a philosophy but a new reality. There’s a widespread agreement globally that people must keep learning in their careers to remain updated with the ongoing changes. 87% of people in the US are already embracing lifelong learning, and they believe that does not stop even after school.

This belief is also supported by 94% of South Africans and 96% of people in China. As such, 73% of Americans are reinventing themselves by learning new skills online, while 52% intend on abandoning the traditional retirement concept by pursuing a part-time job, starting a business, a second career, or taking classes.

America, and Brazil. Over 65% of Americans also believe that college education is getting more unaffordable for the average student, just as many believe that tertiary institutions offer the relevant skills for today’s marketplace.

For Gen Z, many people think it’s possible to be successful without getting a traditional college education. Despite stats showing higher lifetime earnings for people with college degrees, 50% of Gen Z learners in Australia, the UK, and the US believe you’ll do well in life without the traditional college education. 68% of learners globally also agree with this view. However, 22% of people in this generation are interested in learning a new language for travel, while another 21% consider learning languages as a way of self-improvement. As such, half of these people choose to learn secondary languages online to interact with native speakers.

The social aspect of online learning

The social aspect of online learning has also significantly contributed towards the shift of learning new languages online. That’s because learning a new language faster requires a lot of practicing and speaking with people who understand the language better. Fortunately, social platforms allow people from different parts of the world to connect and interact, making it logical to study the language online instead of the traditional schooling system.

Studying a language online allows other people to work on their own schedule, with 94% of Americans seeing it as a great extra-curricular activity to train their brains. Another 13% also revealed that learning a new language allows them to learn more about their ancestral roots, even when they might not have the time to study the traditions at school or visit their native countries.

Learning a new language unlocks many benefits in your life, and studying online offers the perfect opportunity for anyone who wants to learn at their own pace. Even better, there are plenty of smart tools you can use to practice, making it easy to hold a conversation in a second language even without many native speakers to help you practice.