Cold emails might sometimes feel like a lost art, especially after a streak of no-replies and/or interactions that eventually reach a dead end.

But emails still represent a very specialized niche of communication that isn’t going anywhere. While the flood of information does indeed make it harder to elicit a response from a complete stranger, that just reserves cold emails for the true masters of the craft. For example, people who specialize in cold emailing report up to 29% response rates.

Rohan Sheth, agency owner of Scopeleads, shares some some invaluable tips that will help you maximize your chances of success. 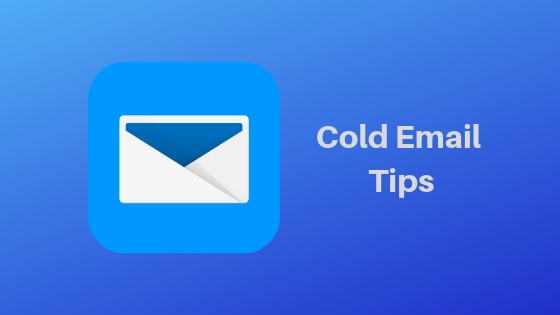 Just because they are called cold emails doesn’t mean that’s how they should feel like. Cold emails that sound generic and impersonal are practically doomed to failure. And in order for a cold email to break the ice and get the recipient to relate, you have to do your research. And that research shouldn’t end with finding out the recipient’s name.

Nowadays, people don’t tend to keep their personal life to themselves, which gives you a lot of material to work with. You can use some of the info your person of interest has shared and seamlessly weave it into your pitch in order to invoke some affinity and find a common tongue.

Recommended: Clean Up Your Email Inbox with Clean Email

The subject line is the very first thing that stands out, and we all know what they say about first impressions. Treat your subject line as if it was the only thing your recipients would see, because it might very well be if doesn’t manage to grab their attention.

Catchiness isn’t an exact science, but if you put yourself in your recipients’ shoes and just try to imagine what would make an impression on them, you have a much higher chance of getting your entire message across. Here is where your research would also go a long way.

Even the most natural talent requires honing, and when it comes to cold email writing, this honing is a/b testing. This is particularly relevant to the subject line, but it also refers to the email’s contents, delivery times, and following up.

Subject lines can spark curiosity with a specific detail or something vague which tantalizes with being crystalized in the email’s copy, enticing the recipient to read on. There can be a specific stat that you think would speak to your recipient; a question they’ve been unknowingly asking themselves; their name or their location, or the name of either your company or theirs.

As to the contents, the main approaches to be juxtaposed refer to the length – long and descriptive or short and succinct; and the tone – humorous vs traditional.

You can also see if there are specific times of day or days of the week when your emails tend to reap more results.

Following-up is the extra mile that often seals the deal, yet it doesn’t get enough credit and attention.

Many people confuse following-up with being pushy and even pathetic, but it only is if you make it so. And an even more common misconception is that following up is a one-time thing.

Research shows that 44% of marketers give-up up after the first follow-up. Meanwhile, 80% of sales take 5 follow-ups.

Of course, following up doesn’t entail you being overly aggressive, like swarming your lead’s email with messages every few hours. You have to find the right balance between persistency and respectfulness.

Recommended: How to Recover/Retrieve Deleted Emails From Gmail?

If you’re sending out cold emails about your product, chances are you’re absolutely convinced in its merit. While you certainly need that kind of firm belief, don’t assume your leads will just buy into your enthusiasm.

Don’t make the common mistake of listing your product’s features, thinking everyone will recognize the value behind those characteristics. List benefits instead, and list them in a way that speaks to your audience in particular, make them see those benefits as something they’ve been missing in their life this whole time, make them regret for all the lost time.

Just be careful not to sound overly salesy and ruin the magic. Sound fervent, but also real. If you’ve identified your leads’ pain points through research and build your pitch around them, your benefits will speak for themselves.

Getting a substantial list of leads to answer your cold emails may seem like a mountain to climb in the beginning. But just like mountain climbers rely on some serious equipment and their knowledge on how to use it, now you’re also equipped with the tools to conquer the peaks you’ve set your eyes on.