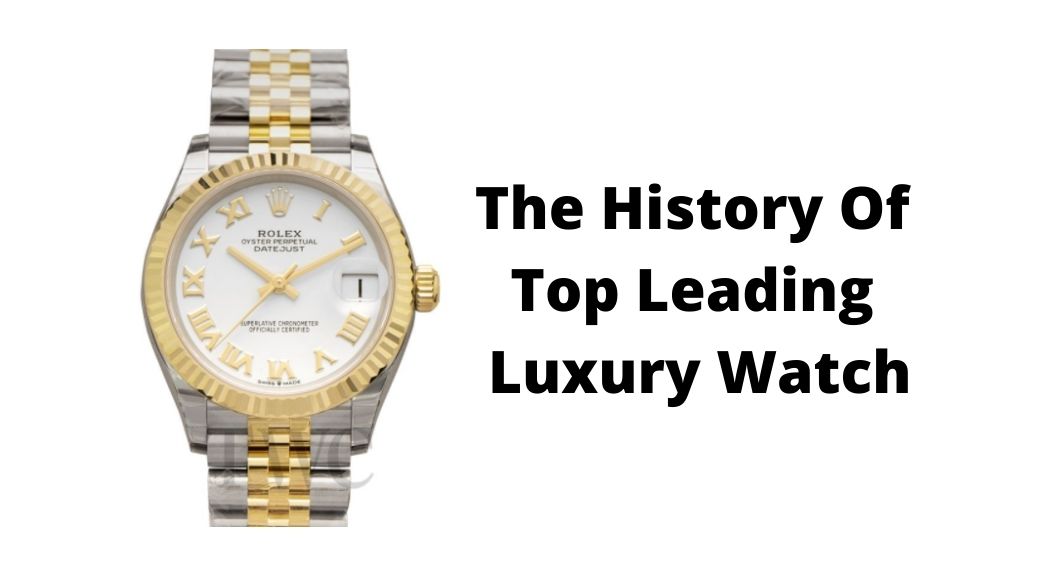 History of the top leading watch

The top leading watch brand name is Rolex, and the founder of the luxury watch brand is Hans Wilsdorf and his brother-in-law named Alfred Davis. They found the watch company in the year 1902 in London.

The founders specialized in importing Hermann angler’s movement and placing them in a watch case made by other watch companies. Both of them distributed their timepieces to jewelry sellers that added their names to the wristwatch. The very first few watches they have marked as W&D.

In 1908 Hans Wilsdorf registered the name Rolex as their trademark, and they opened their first office in Switzerland in La Chaux-de-Fonds. They say Wilsdorf wanted everyone to pronounce their company name easily.

While in the year 1910, because of Wilsdorfs high standard and the excellence of their Maison Aegler’s output, Rolex’s wristwatch was the first wristwatch given an award of an independent certificate of chronometric performance. The test took place in Switzerland, particularly in Bienne, near the Maison Aegler.

In 1914, Kew Observatory also gave the Rolex an award of the class certificate. They consider this award as an exciting distinction, for this is usually awarded only for marine chronometers. It is the very first time that a wristwatch achieves this kind of recognition.

It was also one reason why Rolex became one of the most reputable brands in history. But despite having the awards, the founder Wilsdorfs was not yet satisfied with just creating excellent timekeeping.

When Wilsdorf started creating watches, he also began producing wristwatches that can accompany the owner’s every adventure. He wanted to make sure that the wristwatches they create will still perform their primary function, whatever their environment.

In 1919, the government imposed a new tax law for luxury goods; that is why Wilsdorf left England. They used metals silver and gold for the watch production to become more expensive. He then decided to move to Geneva, so he is close to his suppliers.

The movement used for the wristwatch

In these times, they expect high-end luxury wristwatch brands to create their parts in-house; it is typical for luxury watchmakers to specialize their details for their wristwatch. Some also focus on specializing their dials, cases, straps, and even their handle movements.

Back in the 1950s, Rolex, the brand, was also dependent on their suppliers for their external movement components and even bases. But in the 1950s, Rolex introduced the first in-house movement that they call caliber 1030; it was part of the cal 1000, one of the series of Rolex movements.

Even though Rolex makes the caliber 1030 in-house, they continue to source other movement bases for their other watches. For instance, Valjoux base movements are the movement used in their Daytona wristwatches. In 2000 the Rolex introduced the in-house caliber 4130, a chronograph movement used to power their Daytona.

Essential components of the movements used.

The para chrome hairspring in the year 2000 is from an alloy of niobium, oxygen, and zirconium. It is part of the mechanical movements of the oscillator. It is not only magnetic resistant, but also it remains more accurate than another hairspring. This component improves its reliability and the performance of its movement.

Paraflex shock absorbers in the year 2005; they invented this shock absorber to increase the movement’s resistance to any shock while still maintaining its chronometric performance.

Caliber 2236 used Syloxi hairspring in 2014; it is part of the oscillator mechanical movement. It helps improve the calibers trustworthiness and IRS precision with its silicon makeup.

No matter what brand your luxury watch is or the price, it is most important to know more about the brand you choose and the luxury watch you want to purchase. To see how you could make it last and why your watch cost that much.