These days, music is instantly accessible and widely shared. Of course, this is thanks to digital services making music accessible with the click of a button or a tap of the screen. Many have turned to the best music apps to browse and download, all while abandoning their local vinyl and CD stores to gather dust street side.

However, HMV publicly fight this decline, and are now more equipped than ever owing to a breakthrough in vinyl records. Consequently, the company is perfectly poised to prove the doubters wrong, working for one of the most historical yet neglected music forms of all time. 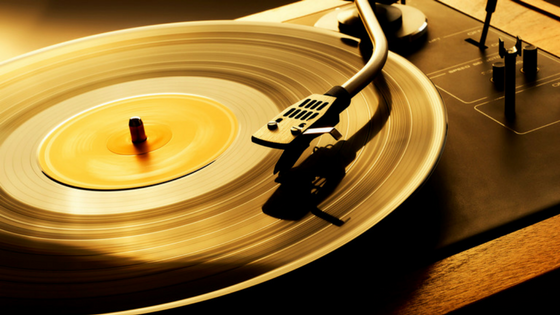 The Return of Vinyl

Remarkably, the doubters are also forced to eat their own words as Sony returns to the table, the most fabled producer of vinyl in the 1980s. Admittedly, something of a generational hop has occurred, as CDs and their players are (quite rightly) still left in the dumpster. Whether it’s a hipster or oldies searching for nostalgia, vinyl is on the warpath to return to relevance once again.

However, such conclusions are relatively unsophisticated. After all, what could the youth possibly discover in the dusty, dark reflection of a scratched vinyl besides their own acne? What interest, when all is considered, would elderly folks have to add to their collections once again after a barren period in sales? Nevertheless, in hindsight, this resurgence is not quite random as it first appears.

Vinyl has been charted as making a reprisal since 2014, yet the naysayers were still out in force back then. During this time, vinyl properties were recorded as being a flimsy 2% of the recorded music market. Essentially branded as a bothersome niche that won’t go away, the cracks for the comeback were already surfacing. Consequently, HMV are rightly taking full advantage, meeting the demand for vinyl records head on.

Of course, while many aren’t eagerly convinced, vinyl fans argue for the superior sound quality of the format until their dying breath. However, most of the critics have the same question in mind; how can a sound system dating so far back be more competent than the technology of today? What most fail to realise however, is that technology is only a means to the art and music, and not a reason for it.

Quite simply, instead of code, for vinyl it’s craft. For the most part, people will always have more faith in something they can see working tangibly before their eyes, instead of a mysterious force imbedded into their phones and computers. Additionally, there is little altogether impressive by copying a file from one location to another so that the latest iPhone clone can spit it back at you in sound. Of course, such technologies store music like they store anything else; phonebooks, images and apps to name a few. Consequently, these devices can be considered a cheapening of the product you’re there for, obstructing the art as if with a shady middle man. The music is but one dimension of the computer and phone. The case is not the same with vinyl.

Many consider the manufacturing of vinyl as its very own art form, demanding its own creativity and precision. The process of stylus (the needle) to vinyl can perhaps be compared to rapping on the walls with your knuckles, or even live performance to a point. It’s a physical manifestation of music that can arguably be added too, with DJs scratching the surface to interfere with the sounds from the original grooves output. From vibrations from the surface to the precision of the grooves, the whole design has ideas of sound at the core, and not just distribution.

It’s easy to see why vinyl is still a much celebrated way to enjoy music. Ultimately, many see vinyl as being beyond an archaic thing of the past. Vinyl lovers however, will always appreciate them as a collectible, a fascinating relic of history that, after all this time, still works, still performs and is never more alive.