Sometimes it’s difficult to determine when it’s time to get a rid of a computer. Many times people will struggle with technical issues and repairs to their current system that drain a lot of time and money, and sometimes don’t solve the problem.

Below are some warning signs that it might be time to get a new computer. 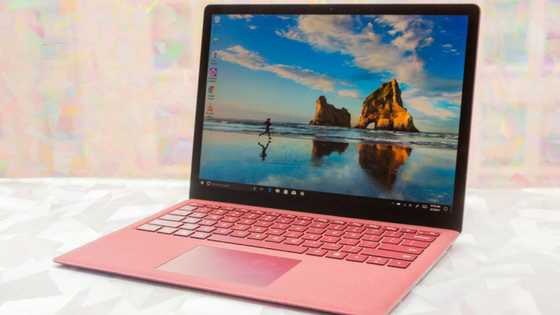 It used to be that new operating systems didn’t come around until every four years, but now there are annual updates that computers need. If the computer doesn’t meet the minimum hardware requirements to run the new operating system updates, it will not run properly.

To help determine if your device can handle new updates, it’s important to look to professionals for help. The Computer Fixperts in Brisbane are a good option for finding out if your computer is simply too old to run new system updates.

2. It Won’t Run the Latest Programs and Apps

If the computer can’t run the latest and greatest in apps, programs and games, it may be time for an upgrade. Unless the system is built by the person using it, the eventuality will come when a whole new machine is necessary to run games.

Professional packages like Photoshop that don’t need a ton of specifications still need a fairly high level of performance to run properly. This is also true of platforms like Netflix and other streaming services.

3. The Computer is Getting Slow

Sometimes this is a difficult area to define in the world of computers. For instance, if it takes as long to boot up as it does to make a cup of tea, or if the computer stops when a half dozen tabs are open, or a whole sentence can’t be typed before it comes on screen, then it is probably time for a new computer.

Sometimes these issues can be alleviated with a thorough cleaning of the PC, but generally there is only so much that can be done before a new machine is needed.

4. The Computer Won’t Connect to Anything

One thing that ages a computer fast is the new gadgets that are used with it. If a new 4K monitor or superfast router is hooked up, an older computer will have a hard time keeping up. Sometimes there are workarounds, but these workarounds require lower screen resolutions or slower speeds. Getting the latest and greatest in gadgets usually means having to upgrade the computer as well, to be able to support these devices.

5. It’s Running Out of Space

If the hard drive on the computer is being pressed for space, and the RAM is all in use with only a few apps open, it’s time to consider getting a new computer. This is also true if CPU usage is at a consistent eighty percent or more. All of this means that the hardware on the computer is working at capacity, and won’t be able to handle anymore.

A little more time may be added to the life of a computer if an external hard drive is added, and maybe some more RAM added in, but this is only a temporary solution, an upgrade will still be eminent.

6. The Computer is Becoming Noisy

As time goes on, computers tend to become louder than when they were purchased. There are a variety of clicking and grinding sounds that can signal a problem with the computer. Likewise, if the fan is getting louder it could be because the CPU is working overtime, or other hardware is overheating, and the fan could be on the way out. Some of these things may be replaceable, but will just be a band-aid, and a new machine will soon be needed.

7. More Time is Spent Fixing it than Using It

If apps are crashing for no reason, Wi-Fi keeps dropping, malware problems are surfacing, or the whole system freezes, things aren’t looking good. If more time is spent trying to fix these issues rather than actually using the computer for its intended purpose, then it is time to move on to a new device.