You work hard on your website, optimize it perfectly and see the ranking climb. Contented, you sleep peacefully only to find out the next day that your world has turned upside down and your website ranking has plummeted.

Google is known for giving website owners mini heart attacks from time to time. The first time the search engine giant rocked the SEO world was in 2003, in the middle of the holiday season, with its Florida update. Google punished all those using spammy tactics of keyword stuffing, hidden links, etc.

There was an outcry from retailers as they saw their website go down the SERPs drain at the eleventh hour of their earning season, but they couldn’t do much about it because in the end all Google cares about is bringing the best results for its users.

In yet another attempt to return the best results to users, Google has once again rolled out a significant update that has left webmasters scratching their heads. Referred to as BERT, the new update promises to understand search queries better than ever before.

Recommended: The Future of SEO in Light of Present and Future Algorithm Updates 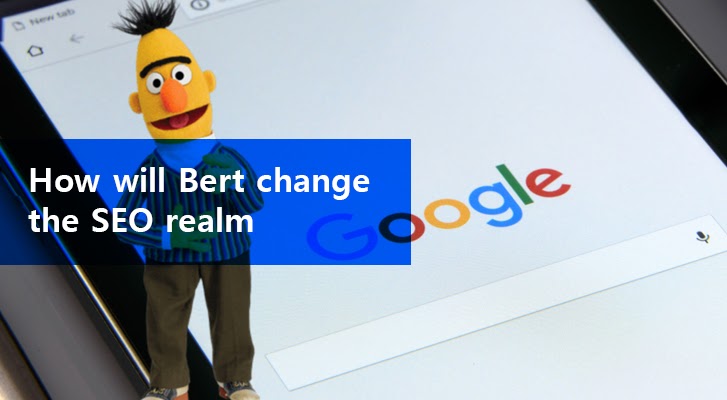 Google claims it receives billions of searches every day. 15% of those searches are unique, which means that Google never anticipates these queries.

However, at the end of the day, Google’s main purpose is to understand how language works; it is Google’s job to make sense out of your queries and magically give you the right answer. 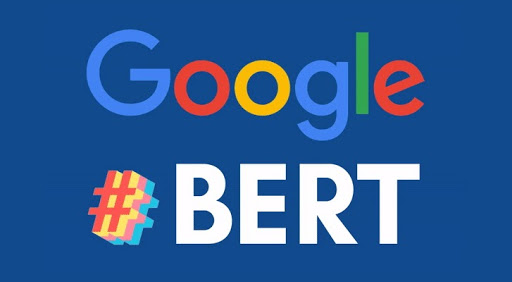 Hence, Google has introduced BERT or Bidirectional Encoder Representations from Transformers as it is called.

BERT is an open-source neural network technique that attempts to understand the Natural Language. The main hurdle in understanding Natural Language is the lack of data. However, with BERT, anyone in the world can train their own type of question and answer system within 30 minutes. It is mind-boggling!

BERT has become a reality due to the breakthrough in Transformers, a neural network for understanding Natural Language. Traditionally, neural networks used to work in a sequential manner that is from either right to left or left to right.

For example, the word Bank has more than one meaning; it could either mean the side of a river or a financial institution. To understand what the word Bank meant, Google had to rely on the words after it. So the query had to be: ‘I arrived at the bank after crossing the river… or the road,’ in order for Google to understand the context. The position of all the words mattered.

The new neural technology, Transformers, on the other hand, utilizes a self-attention mechanism, which deduces the meaning of a sentence regardless of the position of words. The word bank for example, is compared to every other word in the sentence and an attention score is assigned to each word. These scores are then used as weights and fed into the neural network to determine the entire context of a sentence. You can check out Google’s demonstration.

Enough technical details, while Google takes care of the complex structures and algorithms, what matters to us the most is what does this new update mean for the search engine world?

How BERT will impact Search queries?

Google claims this new update is going to impact 1 in 10 search queries, especially longer and conversational ones, where prepositions like ‘to’ and ‘from’ hold a lot of importance. Google illustrates it with an example.

If the search query is ‘2019 brazil traveler to the USA needs a visa,’ the word ‘to’ plays an important role in determining the entire context of the sentence. It means that a Brazilian is traveling to the USA rather than the other way round. 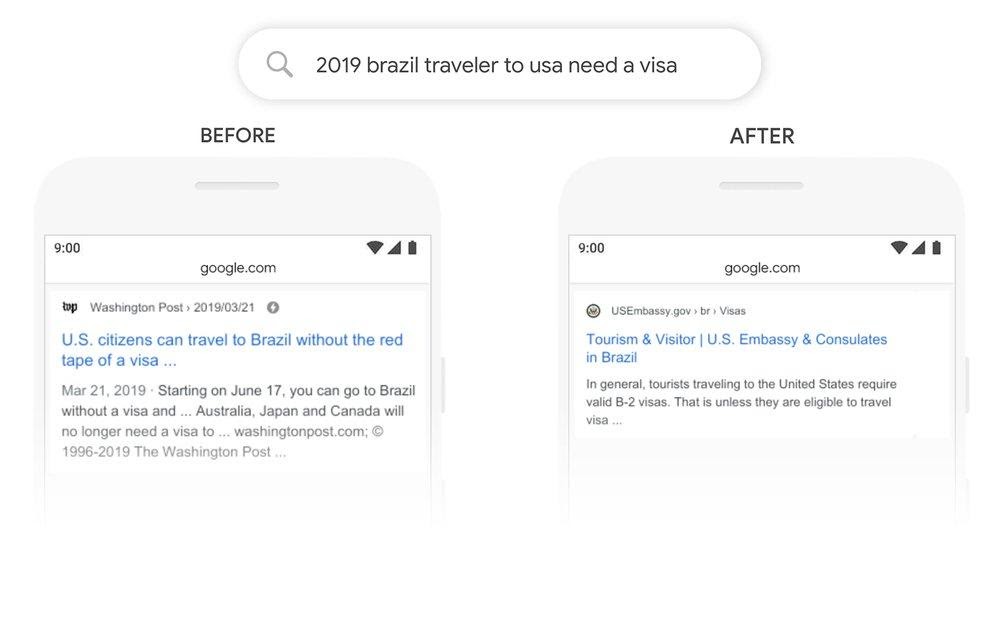 How can webmasters use BERT to their advantage?

Now that you understand how the BERT update helps users find relevant results, it is time to talk about what webmasters can do to optimize their websites and make sure they don’t get a hit as BERT rolls out on a large scale.

Search Engine Land asked Dawn Anderson, the SEO expert about BERT’s impact on SEO. Dawn pointed out BERT will have the most impact on web content that is poorly written.

BERT is all about satisfying the intent behind a search. You need to step into the shoes of your customers and think about how they phrase their queries and what are they basically looking for. With BERT, your only ticket to the top result is good content that is unique and adds value for the reader.

In short, you need to provide answers and questions within your website in an easy manner in order to build credibility and establish an authority that is within your reach.

#2. Long-tail keywords are your friends

It all started with keyword stuffing, but BERT is here to put an end to all those shortcuts that webmasters have enjoyed up till now. If you want to optimize for BERT, you need to strategically target long-tail keywords that take into account Natural Language.

It is probably because of the advent of virtual assistants, more people are now using voice search to find answers and people tend to phrase their queries differently while speaking. Long-tail keywords will ensure your content captures these queries as well.

Most websites translate their content to enter a new market. While this is an effective marketing tactic, BERT is going to impact this as well. Brendan Walsh, head of global SEO at Lion Bridge, told CMSWire creating original content that satisfies all users in multiple languages is the key to stay ahead with BERT.

Gone are the days when the internet was a luxury, now you can get blazing-fast speeds. With Spectrum service, you can even get up to 200+ Mbps-fast internet at affordable rates. Complemented by smartphone penetration, the internet is reaching the farthest corners and Google must cater to all sorts of queries.

Google puts in a lot of effort to make the search easier for users. However, keeping up with it can be a daunting task. The only thing that will surely keep you afloat amongst these changes is good and relevant content.